A Lambeth councillor has raised more than £1,000 for the Garden Museum with a 78-mile walk round the Capital Ring orbital footpath ... and now the museum's boss plans to swim the Thames from Oxford to London. 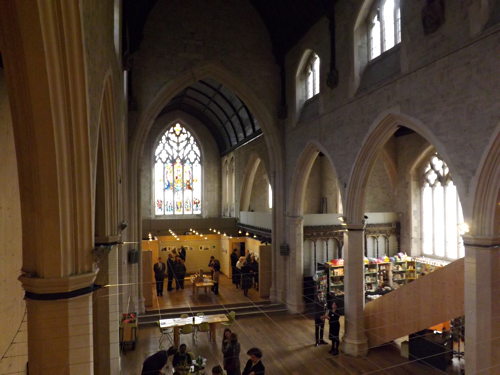 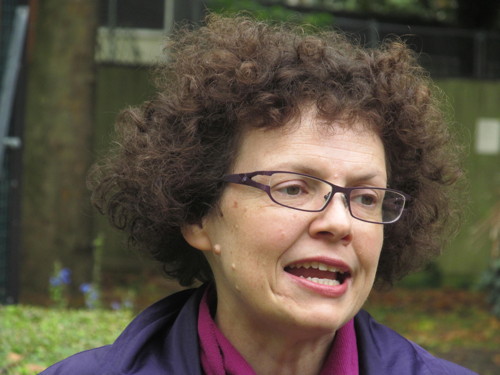 In May Lambeth's planning applications committee approved the Garden Museum's £6.8 million scheme to expand its existing wooden mezzanine in the former church of St Mary at Lambeth and to add new buildings in the rear garden.

As well as expanding the museum's permanent displays and creating new space for education activities, the scheme will recreate part of John Tradescant's Ark, one of the wonders of 17th century London that included shells and plants, a stuffed penguin and dodo.

Items from the Tradescant Collection held by Oxford's Ashmolean Museum will return to Lambeth on long-term loan.

The Heritage Lottery Fund has pledged £3.4 million for the expansion but the museum must raise match funding.

Cllr Sally Prentice – who served as Lambeth Labour's cabinet member for culture, leisure and sport until the borough elections earlier this year – has this month walked the entire length of the Capital Ring, a footpath that circles inner London to raise funds for the museum.

Cllr Prentice said: "The Garden Museum does wonderful work with children and young people, enabling them to explore the world of plants and nature. Most children living in inner London do not have a garden and live in small flats.

"I want to raise funds for the museum so that the facilities for its education programme can be expanded and more children can benefit. The Garden Museum also badly needs to install central heating! I've been incredibly impressed by the wide range of excellent events the museum runs on gardening, landscape and environmental issues.

"The museum receives no public funding and the expansion plans are critical to the museum's financial sustainability in the long term. It's super having the Garden Museum in Lambeth."

Cllr Prentice has raised over £1,000 for the museum and further donations can be made at www.justgiving.com/Sally-Prentice

In September the museum's director Christopher Woodward will embark on an even more audacious challenge – swimming the Thames from Oxford to London.

"In September 2014 I will be swimming the length of the River Thames from Oxford to London in an epic journey that mirrors the Tradescant Collection’s journey when it left Lambeth for Oxford over 350 years ago," said Christopher Woodward.

"If successful I will become only the fourth person to swim this distance."

The museum boss is an experienced long-distance swimmer, having previous tackled the Hellespont and the Strait of Gibraltar.

Woodward has already raised £27,500 in sponsorship for his Thames adventure – details at www.justgiving.com/ChristopherWoodward

His backers include Alan Titchmarsh, whose exhibition at the Garden Museum ended on Sunday.

In 2011 David Walliams raised £1 million for Comic Relief with his 140-mile Thames swim from Lechlade to London.