The HSBC bank has announced the closure of its Blackfriars branch at King's Reach Tower in Stamford Street. 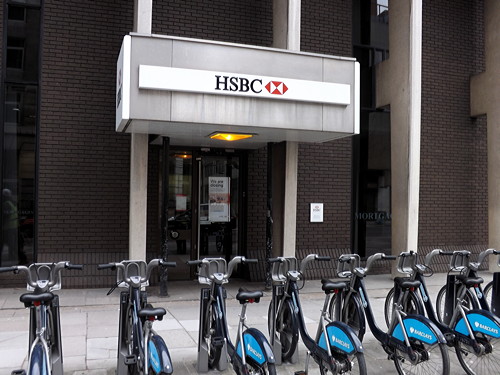 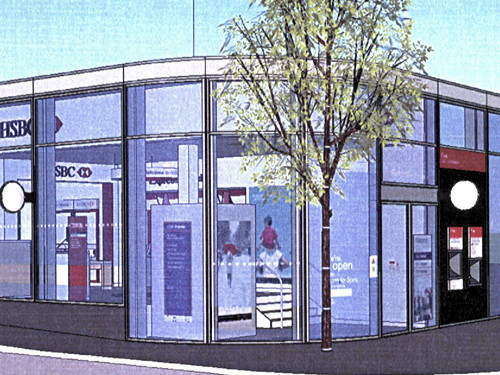 HSBC has dropped plans to relocate its Blackfriars branch to Upper Ground, despite securing advertisement consent for its new shopfront last autumn

HSBC had previously planned to move its Blackfriars branch to the corner of Rennie Street and Upper Ground as part of the redevelopment of the King's Reach complex and had even secured planning consent for the branch's illuminated signage.

The plans submitted to the council indicated that the new branch would include HSBC's 'Premiere' service aimed at the affluent residents of the luxury flats to be built in the vicinity.

HSBC confirmed this week that it had dropped plans to relocate the branch and opted to close it instead.

The closure – scheduled for 10 May – will leave SE1 with just one HSBC branch at London Bridge.

HSBC is the latest business to close at Milroy Walk, with only Kalmak Chemists remaining. Kalmak is due to relocate to a new unit within the King's Reach development later this year.

HSBC claims that customer numbers at the Blackfriars branch have "fallen significantly over the past few years" – though this is in part accounted for by the number of empty buildings in the immediate vicinity, including the office complex in which the bank sits.

"Our network has to be 'fit for purpose' and we have to ensure that our branches are located in areas where they are actually used," said an HSBC spokeswoman.

"The branch will merge with London Bridge and customer accounts will automatically be transferred.

"This decision to close the branch was not taken lightly and we are working with customers who use the branch to help them re-organise their finances ahead of the planned closure on 10 May.

"Customers will be able to use any of our four other local branches within a one mile radius at London Bridge, City of London, Fleet Street or Holborn Circus, as well as any Post Office from the spring."

• It is expected that RBS/NatWest will soon open a bank branch on the ground floor of the company's Southwark Street offices.