The Spanish National Police have awarded a posthumous medal of merit to Ignacio Echeverría, the Spaniard killed in last month's terrorist attack at London Bridge. 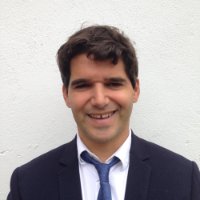 The 39-year-old used his skateboard to fight off the knife-wielding terrorists during the attack on Saturday 3 June.

Echeverría worked as an analyst at HSBC's offices in Park Street, next to Shakespeare's Globe on Bankside.

The award of the medal of merit by Spain's Policia Nacional follows the decision of the Spanish government to bestow the Cross of Civil Merit last month.

During her meeting with Spain's King Felipe last week, prime minister Theresa May "paid tribute to the heroism of Spanish banker Ignacio Echeverría who was killed in last month's appalling act of terror at London Bridge as he rushed to help someone who was being attacked," said a Downing Street spokeswoman.

His friends and colleagues have set up a JustGiving page in the hope of raising Ł10,000 for the charity Misioneros Combonianos which raises money for education projects in Africa and was particularly close to his heart. So far more than Ł6,000 has been raised.

On 3 July – one month after Echeverría's death – his friends gathered for Mass at the Church of Our Lady of La Salette & St Joseph in Melior Street before holding a vigil on London Bridge itself.