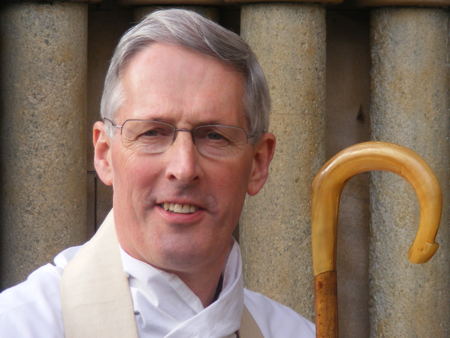 Rt Revd Christopher Chessun used his Christmas sermon at Southwark Cathedral to highlight the work of charities in South London which provide food to those in acute need.

Local foodbanks include the Southwark Foodbank based in Peckham and the Waterloo Foodbank in north Lambeth.

He also alluded to the recent controversy involving work and pensions secretary Iain Duncan Smith who has declined to meet representatives of the Trussell Trust which coordinates a network of foodbanks across the UK.

The bishop said: "In our own land instead of the Big Society we have in this city alone thousands of people who cannot afford to feed themselves.

"In this – one of the richest cities ever to have existed – there are people who go to bed tonight hungry.

"In the past few weeks I have been visiting some of the many foodbanks that exist across London. These impressive works of social care and relief are often run from local churches and resourced by Christian people and others, all working together with a wonderful spirit of goodwill.

"The fact they are needed at all is a terrible thing. And more alarming still is that the great trend they have all seen this year is a huge leap in the number of clients who are in full-time employment.

"There are people who once the rent is paid, and basic utilities settled like electricity water and gas, simply do not have enough money left to feed themselves.

"Is it any wonder that the payday loan companies, which seem to be little different from the loan-sharks of old, thrive in these conditions?

"So in the South London I see and know and love, it is an absolute scandal that people go hungry.

"These are often good, hard working honest people. They are not playing the system; rather, they despair of what tomorrow might bring.

"Poverty is growing in this city in ways not seen since Victorian times. I continue to find it astonishing that, despite the fact that food banks are now the fastest growing third sector social-care agency, many in positions of power and leadership refuse to visit them, acknowledge them or meet with those who lead or co-ordinate them."

The bishop contrasted the rise in food poverty and homelessness with the burgeoning profits of major companies.

"It seems to me that there is something terribly wrong with the Balance of our society. Undoubtedly a healthy successful economy is a good thing. But I wonder if we have lost sight of what heath and success looks like.

"The greed that stalks the city, the individualism and the selfishness that ignores the plight of those alongside whom we live is completely challenged by the child born in Bethlehem."

Southwark Council did not open its Tooley Street headquarters building on Friday 27 December and instead donated the money saved on the building's running costs to the Southwark Foodbank.

Cllr Richard Livingstone, cabinet member for finance, resources and community safety, said: "It is shameful that so many families are being forced to rely on handouts of emergency food just to survive.

"The welfare reforms from the Tory Lib Dem coalition government have pushed more families into poverty and we are seeing the results of these measures in the huge increase in the numbers of people relying on food banks.

"Pecan do vital work helping local people which is particularly valued over the Christmas period when many families are struggling. We will continue to find ways to support them because we know how hard things are for many people in Southwark, and what a vital lifeline the foodbank provides."

Mayor of London Boris Johnson has so far failed to answer a question tabled in October by a Labour London Assembly member asking whether he will agree to visit a foodbank in the capital.

• Hear the bishop's sermon in full