A bottle of champagne was broken against the bow of HMS Belfast on Friday morning to mark the 75th anniversary of the ship's launch at the Harland & Wolff shipyard in Belfast. 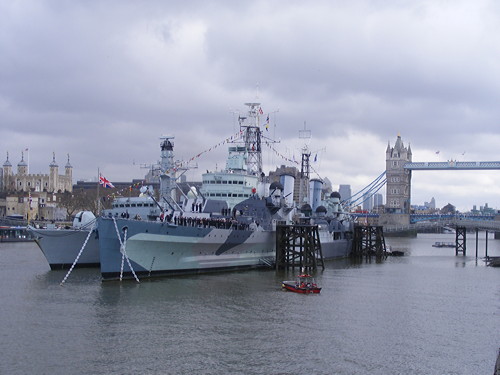 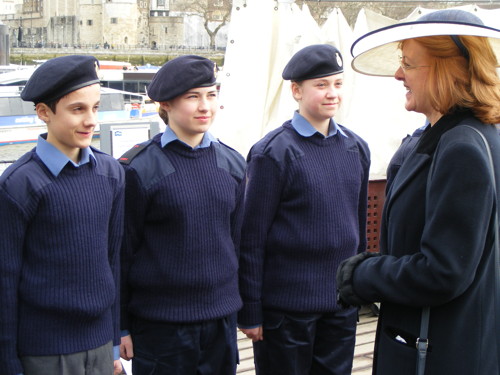 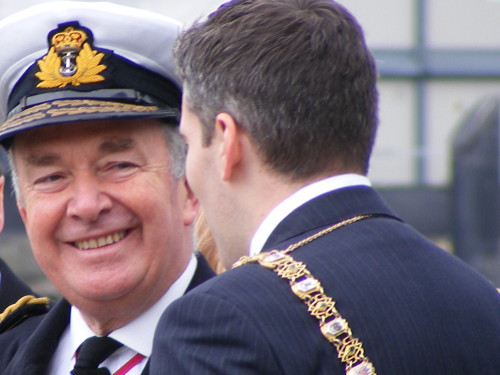 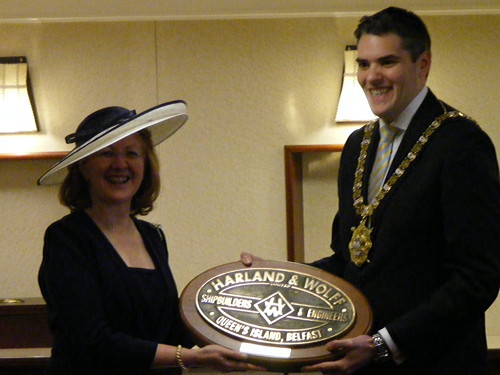 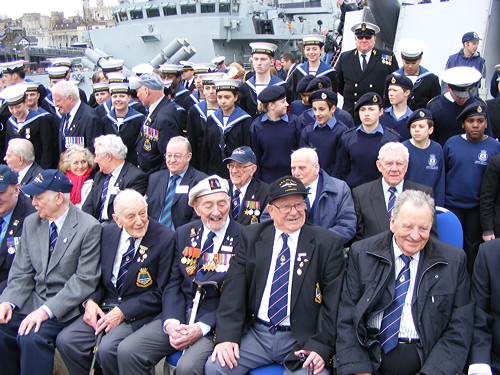 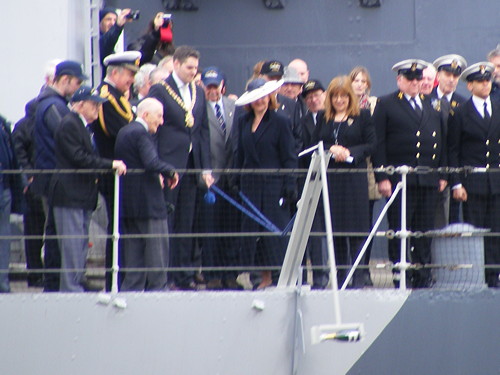 Alderman Gavin Robinson, Lord Mayor of Belfast, and Victoria Borwick, Deputy Mayor of London, broke a bottle of champagne over the ship's bow to mark the start of a weekend of celebrations of the 75th anniversary of the ship's launch on St Patrick's Day 1938.

HMS Belfast – which saw action in World War II – has been moored on the Thames upstream of Tower Bridge for more than half its history, having arrived in London in 1971.

"I've worked for the last five years just a few steps away at City Hall, and we all enjoy the magnificent sight of HMS Belfast; one of the iconic sights of London," said Victoria Borwick AM.

"It's vitally important that we cherish these reminders of our past and that's one of the reasons that today is such a day of celebration."

HMS Belfast director Phil Reed assured guests that the ship will be around for many years to come: "It's a difficult vessel to maintain, and the Imperial War Museum has a programme for doing that, but we are committed to this ship being here for decades ... centuries, basically."

• HMS Belfast's new land-side building – which will include a ticket office, shop, cafe and bar – is nearing completion.