Twenty people were evacuated from a university building in Waterloo when fire broke out in the Franklin-Wilkins Building on Sunday evening. 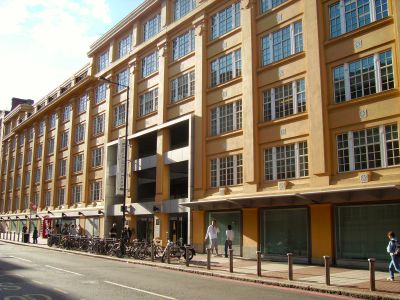 The fire at the King's College London building created large amounts of smoke in the basement.

No-one was injured and everybody left the building safely before the fire brigade arrived.

Four fire engines – two from Lambeth fire station and one each from Dowgate and Southwark fire stations – went to the scene. 21 firefighters and officers tackled the blaze.

The cause of the fire is believed to be accidental.

The RV1 bus route was diverted for a time due to the fire.

The blaze happened on the eve of the close of the official consultation period on plans to close Southwark Fire Station and 11 others across London.

Mr Hughes said: "I am clear that with the ever growing number of residents and visitors to London, the largest council housing stock in London, and continuing building of high rise properties in Southwark, this is absolutely the worst time to reduce our local fire service.

"I am quite clear that my constituents, like me, believe that a small cut by the Mayor in the GLA bill is not a price worth paying to reduce our fire cover and increase attendance times across the borough."

To respond to the consultation, visit www.london-fire.gov.uk/lsp5