Local councillors say that they fear that the decision to close Southwark Fire Station has been motivated by the fire authority's wish to sell the site to property developers. 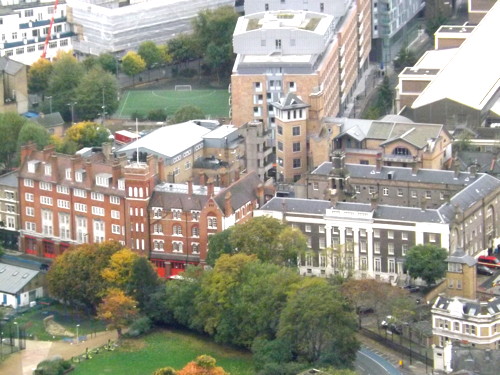 The London Fire and Emergency Planning Authority (LFEPA) had already signalled its intention to sell its large Southwark Training Centre site in Southwark Bridge Road – which includes Southwark Fire Station – even before the current closure plans were announced.

A few years ago the site was valued at £10 million on the basis that any purchaser would have to provide a modern fire station as part of a future development scheme.

If the fire station is closed and no replacement is required then the land value is likely to increase significantly.

Last week marked the end of the official consultation period on the draft London Safety Plan, including the proposal to shut Southwark Fire Station.

In their response to the consultation Cathedrals ward Lib Dem councillors David Noakes, Adele Morris and Geoffrey Thornton say that they are unconvinced by LFEPA's claims that the closure plan is not linked to the likely sale of the site.

"Despite a direct question at the Southwark LFB consultation event for the rationale behind why Southwark Fire station was being selected for closure over other nearby stations, a clear answer has never been provided," wrote the councillors.

"One has to conclude that it is more about the value of the buildings and site rather than any rationally based decision."

In his submission to the LFEPA consultation, Simon Hughes MP wrote: "The future of Southwark fire station should not be prejudiced by its position next to the LFB training headquarters and historic museum site, and nor should Southwark station be closed because it may be one of the brigade's most valuable sites."

Southwark Council leader Peter John has also written to LFEPA chairman James Cleverly urging him to seek alternatives to the sale of the whole site.

"There are options such as reducing the footprint of the Southwark station site freeing up valuable land assets without losing the service that Southwark provides," said Cllr John.

"We again ask LFB to look for alternative ways of finding savings, and if it does need to make cuts, to not make them where services are most needed."

This week Mayor of London Boris Johnson said: "As part of normal business, the authority has previously considered the potential value of some sites, as published in the authority's asset management plan 2011.

"However, as the chairman and commissioner have repeatedly confirmed in public meetings, the value of sites has not been a consideration in the context of the draft London Safety Plan.

"If a decision is made to close the station is made then LFEPA property consultants would be instructed to advise regarding potential site values and disposal options."