Hundreds of firefighters marched across London Bridge and through the streets of Bankside on Thursday in protest against planned station closures and job losses. 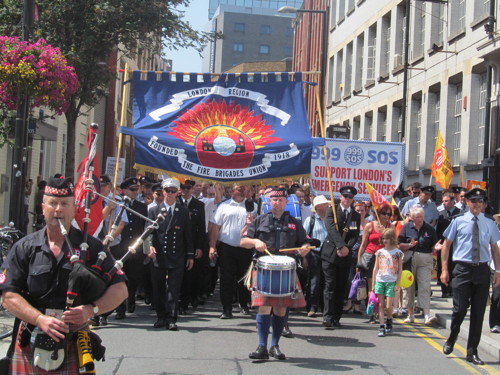 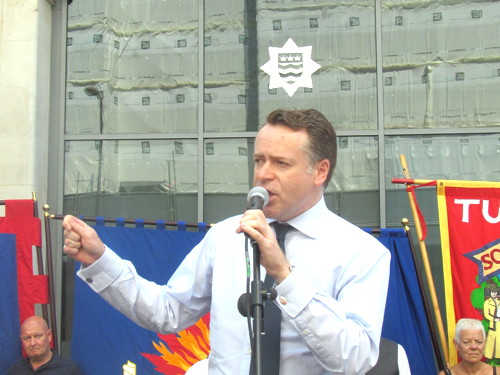 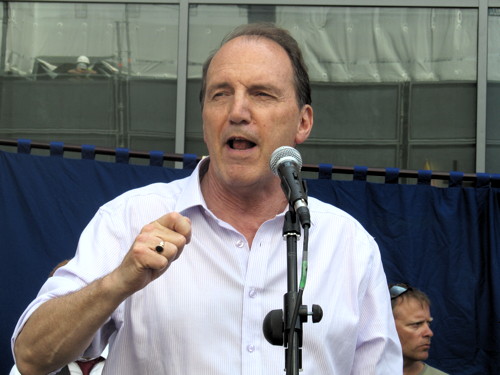 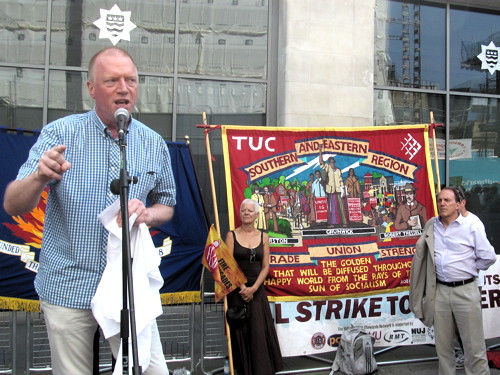 The protest – called by the Fire Brigades' Union – was held to coincide with a crucial meeting of the London Fire & Emergency Planning Authority to decide on the draft London Safety Plan.

Measures in the plan include the closure of Southwark Fire Station in Southwark Bridge Road.

Led by an FBU-sponsored pipe and drum band from Humberside, the march crossed London Bridge and made its way along Southwark Street and Blackfriars Road to reach the London Fire Brigade headquarters in Union Street.

Mr Hughes praised firefighters at Southwark Fire Station for their detailed response to the recent public consultation on the cuts to fire services in London.

He also warned that the "hidden agenda" behind the closure of stations such as Southwark was the sale of the valuable land they sit on.