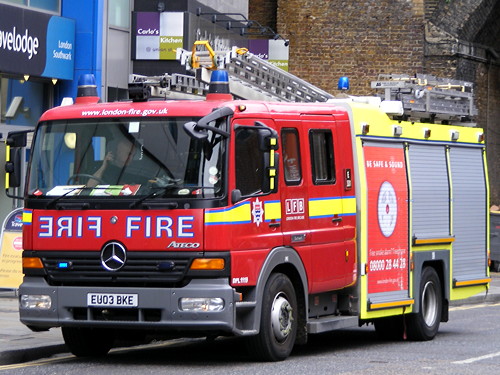 The Mayor of London decided earlier this month that 10 fire stations will be closed, together with the loss of 14 fire engines and 552 jobs.

Southwark and seven other councils – Camden, Greenwich, Hackney, Islington, Lewisham, Tower Hamlets and Waltham Forest – have written to the secretary of state for communities and local government asking him to overrule the Mayor's decision.

Southwark stands to lose Southwark Fire Station and one third of the borough's fire fighters.

The councils have argued that the Mayor's decision ignores the challenges of fighting fires in high rise buildings of which there are many in Southwark and the other boroughs involved.

They also believe that the Mayor has ignored the fire risks posed by potential terrorist targets and a concentration of tourist attractions as well as social and student housing in the affected boroughs.

The councils are asking the secretary of state to exercise his power to direct the Mayor to revoke a direction that is inconsistent with the Fire and Rescue National Framework.

"It's time to take our battle to the next level, after the Mayor chose to ignore hard facts regarding the threat to residents' safety from his fire cuts," said Cllr Richard Livingstone, Southwark's cabinet member for community safety.

"The secretary of state has the power to halt these dangerous and ill-thought out cuts to fire stations and firefighters, and I hope he will listen to reason and act to protect Londoners.

"We've been fighting against these cuts in Southwark for months, and we know other councils have been doing the same.

"It makes sense for us to join forces now – there is strength in numbers and all eight councils are standing together on behalf of our communities, doing all we can to keep our residents safe."

If the appeal to Mr Pickles is unsuccessful, the seven councils are also preparing to seek a judicial review of the Mayor's decision.