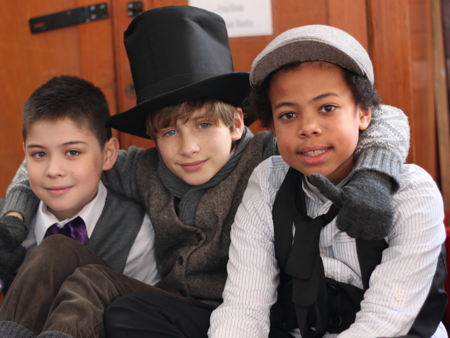 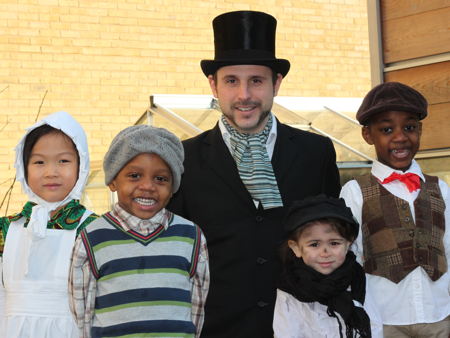 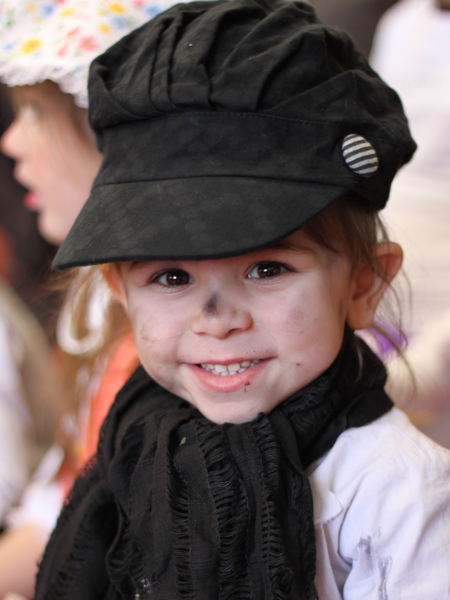 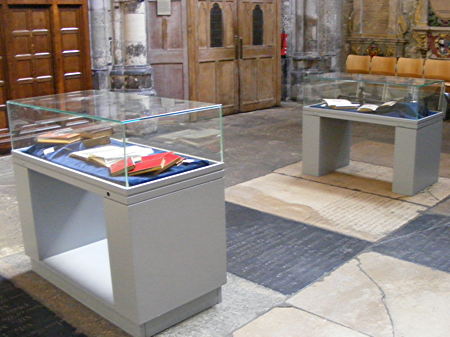 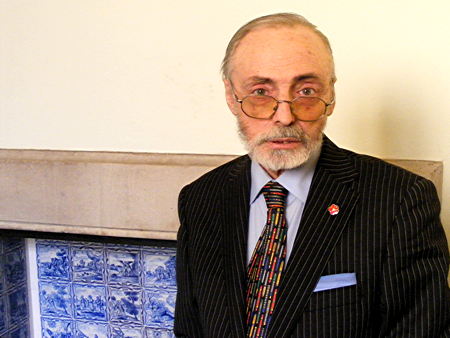 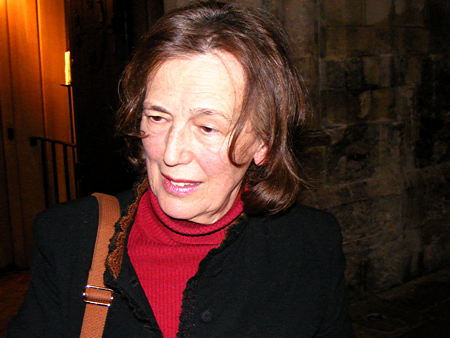 Pupils at Charles Dickens Primary School, situated in Lant Street where the writer had lived at the time his father was imprisoned in the nearby Marshalsea debtors prison, dressed in Dickensian costume for the day.

The Southwark children shared their local history with pupils at Charles Dickens School in Berlin via Skype and played a range of Victorian games. Year 1 and year 2 pupils last week went on a Dickens history hunt in Borough High Street.

At the end of the day pupils sang their 'Happy Birthday Mr Dickens' song to parents and families in the playground.

Dickens is known to have visited St Saviour's Church (now Southwark Cathedral) and it is referred to several times in his writings.

In one essay Dickens admits that he is ignorant of the names of most of London's churches "...saving that I know the church of old Gower's tomb (he lies in effigy with his head upon his books) to be the church of St Saviour's, Southwark..."

The cathedral hosted a special display of Dickens letters and first editions lent for the occasion by Lord Harris of Peckham.

From midday the cathedral's bellringers – together with the Ancient Society of College Youths – rang a full peal to celebrate Dickens' bicentenary.

During the afternoon 120 people took part in a series of guided walks along Borough High Street organised by the cathedral to highlight local places with Dickens connections.

All the walkers gathered at St George the Martyr church – as featured in Little Dorrit – to hear an address from Peter Duggan, social secretary of the Dickens Fellowship.

He was introduced by the parish priest Fr Ray Andrews who is chaplain to the Fellowship. Fr Ray said that many visitors asked to see where Amy Dorrit was baptised, slept the night and was married as if the Dickens novel was fact rather than fiction.

The cathedral's service of Choral Evensong was given a Dickens theme with readings from the writer's work supplementing the liturgy of the day.

At 6.30pm the cathedral was full for a free talk by Claire Tomalin, author of Charles Dickens: A Life, who spoke warmly and insightfully about the many facets of the author, philanthropist and journalist.

This week two local public art projects with a Dickens theme have been announced. Maggi Hambling is to design a sculpture to be erected in the new piazza close to St George the Martyr whilst a wooden replica of the once-famous 'dog and pot' shop sign is to be installed in Blackfriars Road.

In May the Cuming Museum will host an exhibition focussing on Dickens' Southwark childhood.

• Southwark features prominently in a new iPad app based on Dickens' Night Walks.