Southwark Fire Station will close its doors on Friday 9 January after 135 years of service to the borough. 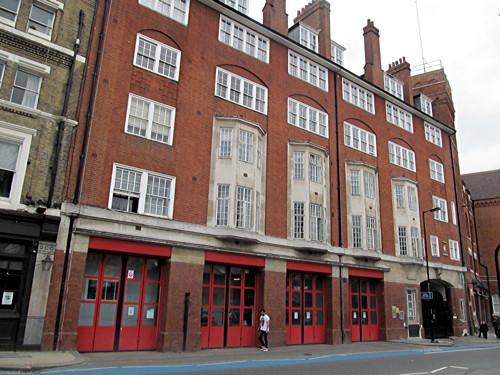 Southwark is one of ten fire stations across London which will close after Mr Justice Foskett rejected legal arguments from seven councils that cuts to the capital's fire service were flawed and should not go ahead.

Islington, Southwark, Camden, Tower Hamlets, Hackney, Lewisham and Greenwich councils sought judicial review of cuts that will also lead to the withdrawal of 14 fire appliances and the loss of 552 firefighter jobs.

However, the High Court found that the Fifth London Safety Plan is lawful and can go ahead.

"The London Safety Plan was carefully and professionally produced and sets out how we will continue to deliver an excellent fire and rescue service for Londoners," said James Cleverly AM, Conservative chairman of the London Fire and Emergency Planning Authority.

"The plan also includes efficiencies that will achieve a saving of Ł29 million, making a significant contribution to the Ł45 million we need to make over the next two years.

"I welcome today's decision which allows us to remove the uncertainty hanging over our staff and proceed to implementation."

Cllr Richard Livingstone, Southwark's Labour cabinet member for community safety, said: "Clearly this is very disappointing for the seven boroughs who challenged these cuts to protect our residents.

"We are deeply concerned that these cuts will lead to an increase in response times for serious incidents and will have a real effect on the safety of our residents."

"We have campaigned long and hard on behalf of our residents against the reduction in firefighters and fire stations and we are sorely disappointed with the result. Boris Johnson has not listened to Londoners and has chosen not to protect frontline services.

"This decision-making process has been deeply flawed and following this disappointing decision, we will now take a little time to consider our next steps."

Lib Dem Stephen Knight AM, who sits on LFEPA, laid the blame squarely at the feet of Boris Johnson: "The outcome of this legal action does not change certain basic facts. It is the Mayor of London who has driven through the plans to close one in ten of London's fire stations. He has repeatedly ignored and then overruled the majority of members of the London fire authority and the London Assembly.

"If the Mayor merely froze his tax precept not one fire station closure would be necessary.

"The day after the horrific events at the Apollo theatre when fire engines were called upon from three of the fire stations that are due to close it is worth remembering that it is the Mayor alone who is responsible for these unnecessary and savage cuts in London's fire service."

Earlier this week LFEPA confirmed that talks had been held about the possibility of opening a 'free school' at Southwark Fire Station.

"Without having approached the market LFEPA have received a number expressions of interest for this property ranging from real estate agents acting on behalf of unnamed clients, residential developers and retail operators," said commissioner Ron Dobson and chairman James Cleverly in a written response to a question from Val Shawcross AM.

"We cannot release the names of these organisations at this stage as this might prejudice any later competitive process.

"We can confirm, as previously stated, that the Education Funding Agency is one of these parties."