'People are getting angry' - Kate Hoey on crime in Waterloo

Vauxhall Labour MP Kate Hoey has described in Parliament local people's frustration with "an increasingly difficult problem" of crimes in the Waterloo area committed by immigrants to the UK. 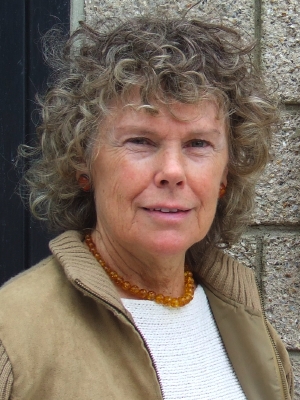 Speaking on Thursday in a Westminster Hall debate about immigration, Conservative MP Philip Hollobone said: "I would say that we are importing a wave of crime from Romania and Bulgaria.

"I put it as strongly as that deliberately. There are no powers to deport EU citizens, unless they have been convicted of an offence that attracts a two-year prison sentence or a sentence of 12 months or more for an offence involving drugs, violence or sexual crime."

He went on to describe "a crime wave, particularly in London and particularly on the London Underground, to do with Romanians".

Kate Hoey intervened during Mr Hollobone's speech to say: "He raises an issue that resonates closely.

"Just across the river from the House of Commons, there is an increasingly difficult problem with many people doing exactly what he describes in the Waterloo area.

"Everyone gets involved – the police and the community safety teams – but at the end of the day, they can do nothing to get those people, some of whom do not even have the right to be here as EU citizens, out of the country. People are getting angry. I hope the minister will respond to that."

Responding to Mr Hollobone and Ms Hoey, immigration minister Mark Harper said: "The order I signed and laid before the house on 6 December ... enables us to remove from the UK people who are not here to exercise treaty rights – those committing low-level, but damaging crimes, begging and sleeping rough – and importantly stop them from coming straight back again, unless they are coming to exercise those rights.

"That is an important power and change that goes some way to addressing the concerns of my honourable friend and the honourable lady."