Local councillors, community groups and church leaders are among those who have joined the growing clamour for Transport for London to reconsider the 50 per cent cut to the RV1 bus service which took effect earlier this month. 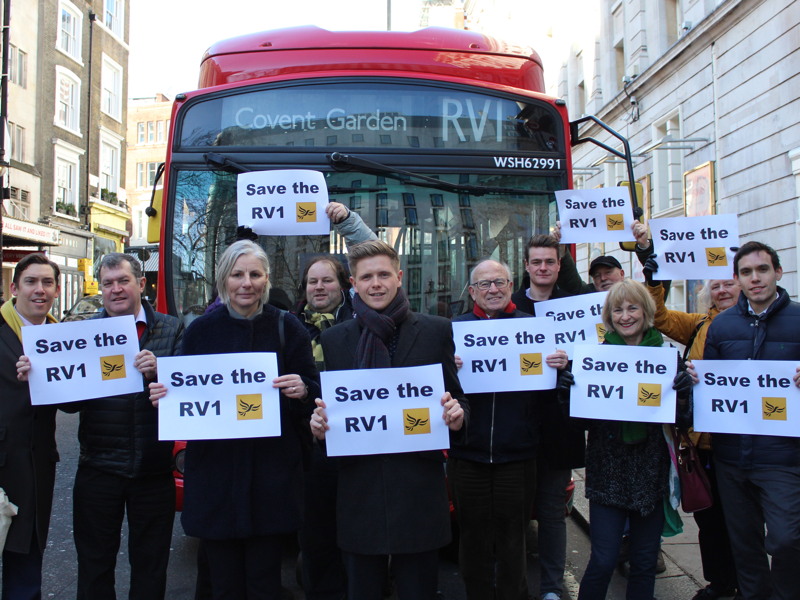 Since the Covent Garden to Tower Gateway route was launched in 2002 it has run every 10 minutes.

A temporary cut to five times an hour was introduced in 2016 due to roadworks and diversions, but since 10 February the permanent timetable has been reduced to a 20-minute frequency.

The reduction in service – which means fewer vehicles and drivers are required each day – came about a fortnight after two new Belgian-built hydrogen buses were added to the RV1 fleet.

TfL told the SE1 website that "a significant amount" of the £1 million cost of the two buses was met by the European Union.

"We have found that fewer people are now using route RV1 ... as they increasingly walk and cycle and take alternative forms of public transport," said Claire Mann, TfL's director of bus operations.

"We are therefore reducing the frequency to meet the changing customer demand, and will monitor the changes carefully."

Local Liberal Democrats launched a petition urging the Mayor of London and TfL to reconsider the cutback.

Victor Chamberlain – who is one of the prospective Lib Dem candidates in the new Borough & Bankside ward – said that the response to the petition had been "absolutely overwhelming".

"We've had hundreds of residents from across Borough, Bankside, Shad Thames and across London getting in touch," he said.

"People are telling us that this is a vital service for the community; it's used not just by local residents but also by office workers and tourists."

"We're really encouraged that we'll be able to get the Mayor to think again about halving this vital service."

Local resident Erina Rayner said: "In this day and age – when we are trying to reduce dependency on cars and taxis – to take out public transport is just misguided."

This week the Bankside Residents' Forum wrote to Transport for London calling for the cut to be reversed.

Objections to the RV1 cuts have also been raised by the Bishop of Southwark, Rt Revd Christopher Chessun, and the Dean of Southwark, the Very Revd Andrew Nunn.

London Assembly member Caroline Pidgeon has tabled two questions to the Mayor of London about the 50 per cent cut to the RV1 and his responses are due to be published by City Hall next week.