At 9.30am on Thursday morning members of green watch at Southwark Fire Station finished their final shift. 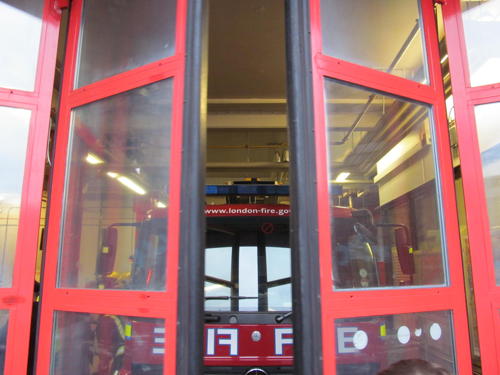 Closing the doors on more than 135 years of public service 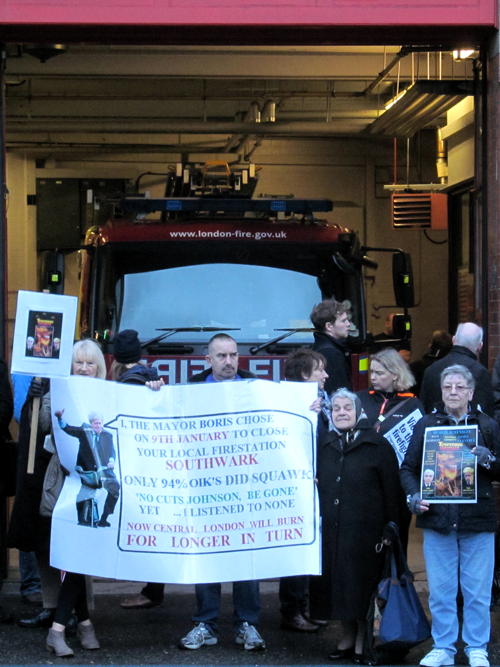 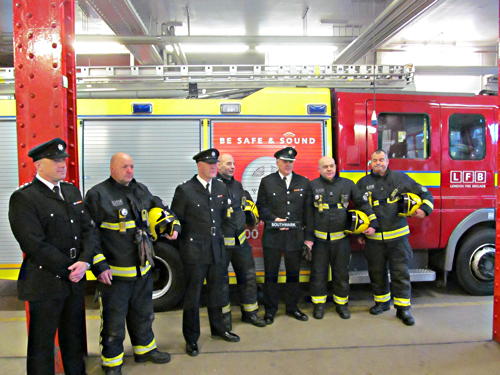 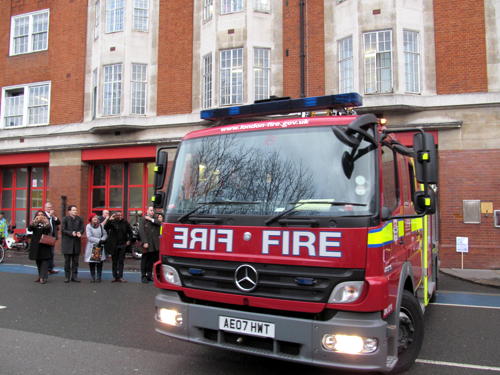 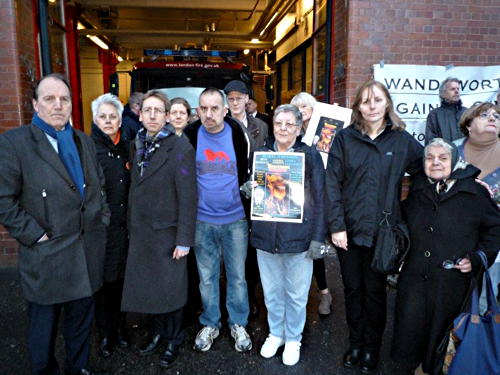 The station in Southwark Bridge Road is one of ten around the capital closed this week under plans driven through by Mayor of London Boris Johnson despite widespread opposition.

The Metropolitan Fire Brigade first opened a fire station in Southwark Bridge Road in 1878. The part of the complex most recently used by operational firefighters dates from 1911.

Earlier this week the station's firefighters used a blog post to thank everyone who has supported them since the closure proposal was first announced.

Traffic on Southwark Bridge Road was stopped while local residents lined the street as the fire engine was driven out of the station's appliance bays for the last time.

"We have campaigned long and hard on behalf of our residents against the reduction in firefighters and fire stations and we are sorely disappointed that these cuts are going ahead," said Cllr Richard Livingstone, Southwark Labour's cabinet member with responsibility for community safety.

"Boris Johnson has not listened to Londoners and has chosen not to protect frontline services.

"We are deeply concerned that these cuts will lead to an increase in response times for serious incidents and will have a real effect on the safety of our residents.

"At a time when fires in residential properties have been increasing in Southwark and there has been an upward trend in fire deaths, it is disgraceful that Boris Johnson is choosing not to support this valuable service."

Simon Hughes MP, Lib Dem MP for Bermondsey & Old Southwark, said: "These closures are not just disappointing, they are dangerous.

"Southwark Fire Station is one of the busiest stations in south London and provides a vital service to thousands of people. The closure of this and nine other stations is a huge and risky blow for London.

Labour London Assembly member Val Shawcross said: "In some areas it will now take nearly two minutes longer for a fire engine to arrive on scene. Every second counts. The recent theatre ceiling collapse in Soho demonstrates the importance of maintaining current provision: three of the eight appliances that attended the incident will be cut."

Cllr Neil Coyle, Labour prospective parliamentary candidate for Bermondsey and Old Southwark, said: "Boris should be ashamed for not listening to local residents and businesses in forcing these cuts through. In response to his consultation 94% of Londoners said they do not support his plans. Today's cuts are a grim new year's present putting lives at risk across our community."

James Cleverly AM, the Conservative chair of the fire authority, defended the cuts: "Londoners will continue to receive one of the fastest emergency response times in the world from the London Fire Brigade.

"If you dial 999 and need a fire engine, we still aim to have one with you within six minutes and a second, if needed, within eight.

"The brigade is faced with significant budget cuts which mean that changes to the service are inevitable and we are able to make those changes without compulsory redundancies.

"The firefighters based at the stations closing will now transfer to other stations and continue the excellent work they do to prevent fires, which is vital in changing the behaviours that start fires in the first place."

Although Southwark Fire Station is now closed, the London Fire Brigade will maintain a presence on the site until March 2015 when its training centre is due to close.

The whole site will be sold for redevelopment. Discussions have been held with the Education Funding Agency about the possibility of opening a free school in part of the complex.

The London Fire Brigade Museum also remains in Southwark Bridge Road whilst the fire authority considers options for its future.