Hiver - a honey beer - has been created by a Bermondsey resident and is available at a number of local bars. 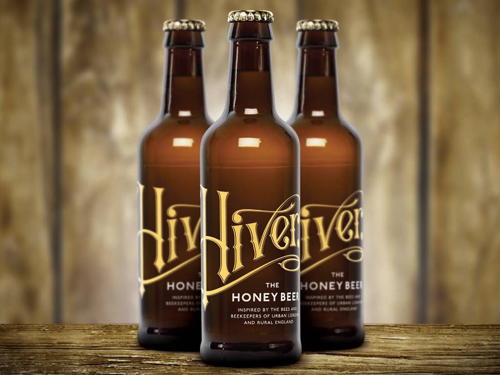 Bermondsey local Hannah Rhodes runs Hiver Beers from a railway arch in Stanworth Street and sells her product in Maltby Street on Sundays. It is also stocked by several local pubs and bars, including The Hide Bar in Bermondsey Street.

It was at The Hide Bar in 2007 where Hannah first attended a beer tasting and met staff from Greenwich's Meantime Brewery. Within weeks she was working for Meantime and her career in the brewing industry began.

More recently she attended a course on urban beekeeping run by Steve Benbow's London Honey Company which help to pave the way for her latest solo business venture.

"It's fantastic to be involved with both communities and they've been very supportive,

"Honey and beer is a combination that goes back a long time and I'd love to revive this beer style through Hiver so I'm thrilled to be working with independent beekeepers and offering a craft blonde as the fresh face of honey beer.

"Hiver appeals to foodies and craft beer lovers but, because it's not bitter, non-beer drinkers also love it when they're looking for a tasty, easy-drinking alternative to lager or cider.

"The project has been a year in the making and, in the focus groups I've held along the way, I found that Hiver also proved popular with female drinkers so this is a great way to make beer more accessible to women."