Southwark Council plans to erect a series of large-scale advertising billboards around the Bricklayers Arms flyover and junction. 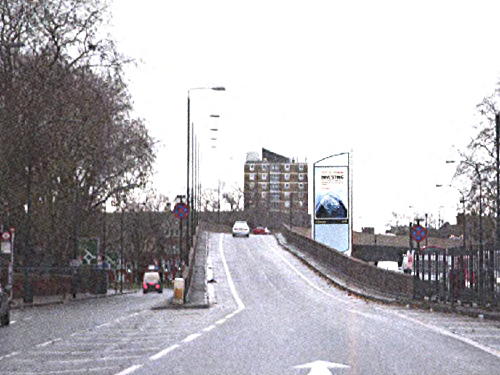 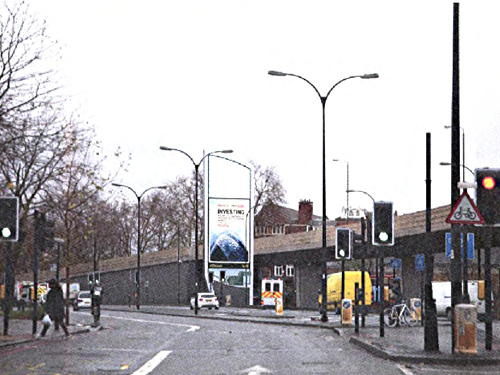 The structure is described as "a unique landmark"

Advertising firm JCDecaux, working in partnership with the council, has submitted three applications for advertisement consent.

One proposal is for a digital display designed to be viewed by drivers approaching the flyover.

The other two applications are for static billboards on the roundabout.

"The sites are located on land owned and maintained by the council and adjoin main transport corridors which are considered suitable and appropriate locations for the planned development of roadside advertisement displays," wrote Martin Stephens, JCDecaux's director of planning, in a letter to Southwark's planning officers.

"The application is the realisation of a partnership between the council and JCDecaux to develop a limited number of innovative advertising proposals."

The letter continued: "It is considered that the proposal would appear as an inspiring modern addition to the townscape that will not harm visual amenity but enhance the local character.

"It is anticipated that the clean lines of the structure will quickly become part of the landscape and valued as an interesting urban form."

Mr Stephens added: "The proposed structure will create a unique landmark building that will enliven the street scene and provide a building that creates visual interest and an innovative entrance marker to the city."

JCDecaux says it will make a financial contribution to "further enhance the current harsh local context" of the flyover and roundabout.