The temporary Shed auditorium outside the National Theatre on the South Bank could remain in situ until 2017 after Lambeth Council extended its planning permission. 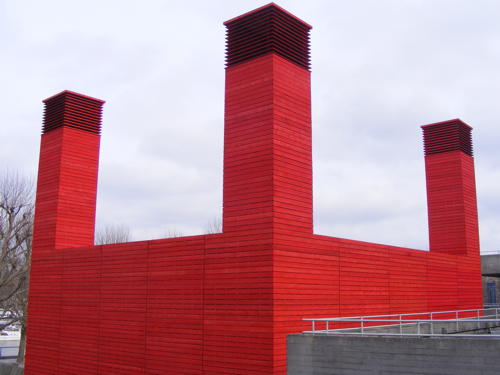 This week Lambeth planning officers approved an application to retain The Shed until March 2017.

The award-winning 250-seater wooden structure was due to dismantled this year when the National's refurbished Dorfman theatre reopens.

With The Shed remaining in Theatre Square, the National has announced that this year's Watch This Space summer festival of circus, music and theatre will be held in the churchyard of St John's Waterloo.

Throughout July and August, the festival hub will be at St John's with outdoor entertainment in and around the churchyard.

WTS will also go on tour around Lambeth and Southwark from Brockwell Park and Brixton Market to Camberwell Green and the Aylesbury Estate.

Ross will work alongside new director Rufus Norris who joins the NT in April 2015.