Plans to alter the IBM building on the South Bank have been thrown into doubt after the Government listed the building at grade II. 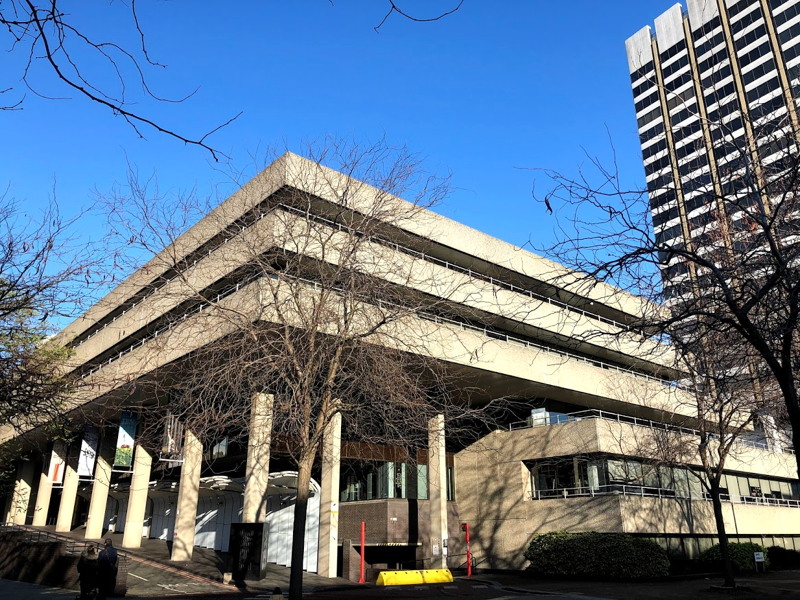 The building – which like its neighbour the National Theatre was designed by Sir Denys Lasdun – has been included on the national heritage list by the culture secretary on the advice of Historic England.

A planning application for a scheme by Allford Hall Monaghan Morris architects to alter and extend the building is currently under consideration by Lambeth Council.

"We are thrilled and relieved at this decision," said Grace Etherington of the Twentieth Century Society.

"Our concerns about the scheme had largely been ignored, so we're glad that there is now further weight behind our argument that the building's massing and areas of detailing at street level should not be compromised.

"The listing decision coincides with widespread uncertainty about the future of office design in light of the coronavirus pandemic, with commonplace features such as dependence on mechanical ventilation and hot-desking now under scrutiny. The time is right for AHMM to go back to the drawing board."

It's been 10 years since the IBM building was included on Lambeth's local list but it is the first time the building has received national recognition for its architectural and historic merit.

A spokesperson for Wolfe Commercial Properties Southbank Limited said: "We remain confident that we will be able to sensitively restore and modernise this 1980s building.

"Fundamentally, our proposals are based on the respectful adaptation of the existing building, creating significant improvements to its setting within the conservation area and upgrading the building to create flexible workspace and to make it more sustainable.

"We remain committed to our proposals which will deliver space for additional jobs, create an enhanced pedestrian experience for visitors to the South Bank and unlock huge economic benefits for Lambeth.

"We will be discussing with Lambeth Council and Historic England the most appropriate manner in which to bring forward these proposals which are widely supported."