Drummers and buglers from the Royal Marines Band Service visited the City of London Academy in Bermondsey last week. 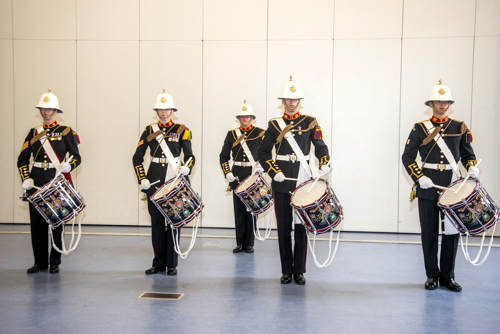 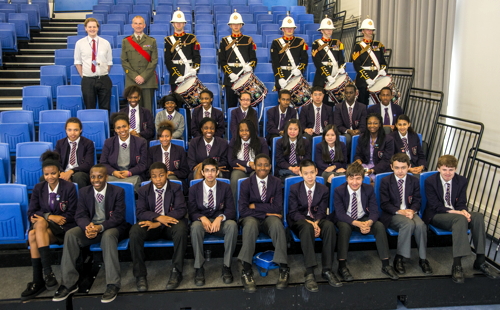 The musicians from the Massed Bands of Her Majesty's Royal Marines visited the City of London Academy in Lynton Road as part of the preparations for Beating Retreat which takes place this week in Horse Guards Parade.

Members of the corps of drums talked to GCSE music students about their training as both musicians and Royal Marines, before playing excerpts from the repertoire to be performed at Beating Retreat.

Beating Retreat is performed in celebration of the birthday of the Captain General of the Royal Marines, Prince Philip, Duke of Edinburgh.

This year the event forms part of a busy schedule of UK-wide celebrations to mark the 350th anniversary of the Royal Marines, known as RM350.

"We are very fortunate to have Band members from the Royal Marines visit our Academy and play music of the calibre performed at Beating Retreat," said said Mr Hollands, acting head of music at the City of London Academy.

"The students are very excited to have the opportunity to meet the musicians and active members of the Royal Marines and to be able to see them in action at Beating Retreat."