The Mayor of London has published outline proposals for a £2.6 billion extension of the London Underground's Bakerloo line ... but it may not be built for another quarter of a century. 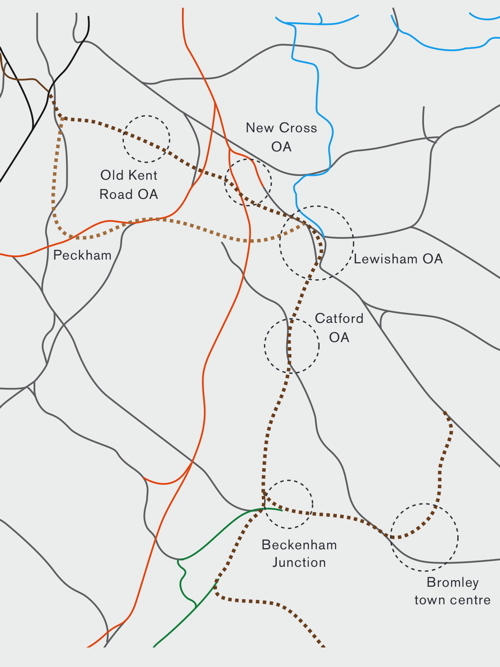 This week Boris Johnson launched a public consultation on a London Infrastructure Plan for the years to 2050.

Schemes included in the consultation papers include a southern extension of the Bakerloo line beyond Elephant & Castle.

The document devoted to the capital's transport needs contains a section on the proposed tube scheme: "An extension of the Bakerloo line will enable regeneration in a swathe of opportunity areas in need of regeneration in south east London from Old Kent Road to Catford as well as support development in outer London locations.

"The scheme has a benefit cost ratio of 3:1 and it would also generate significant wider economic benefits through improving access to central London."

The document also contains a map showing possible routes for a Bakerloo line extension, with options via Old Kent Road and Camberwell to Lewisham, Catford, Beckenham and Bromley.

A table attached to the document gives 2040 as an indicative date for a Bakerloo line extension which is costed at £2.2 billion to £2.6 billion.

Last week Mayor of London Boris Johnson said: "Very initial discussions have taken place between the GLA, TfL, LB Southwark and LB Lewisham in relation to the preparation of an Opportunity Area Planning Framework for Old Kent Road. Additionally, TfL is leading on work around the Bakerloo Line extension with boroughs around the route.

What do you think of the Bakerloo line extension plans?