An extra Doggett's Coat and Badge Race has been rowed to mark the 500th anniversary of the first Act of Parliament for regulating watermen. 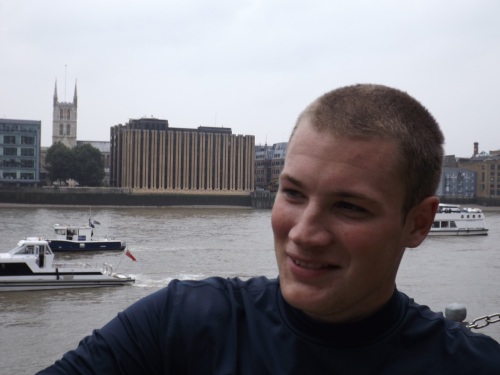 Winner Alfie Anderson after the race 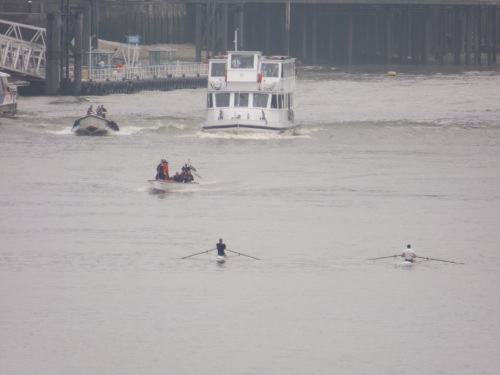 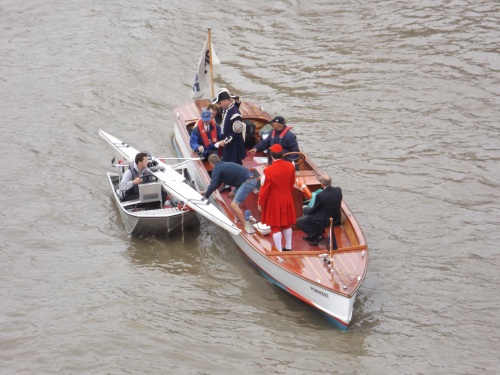 Help from the umpire after the race 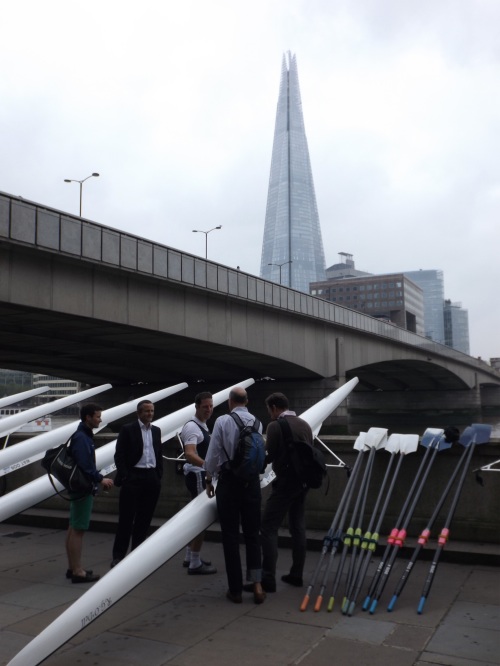 The scene on Fishmongers' Hall Wharf after the race

A race of six single sculls was rowed on the incoming tide at noon on Thursday from Shadwell Basin to London Bridge.

The annual race rowed in the summer since 1715 starts from London Bridge and finishes in Chelsea.

For this special autumn race, which ended at London Bridge, the winner received a claret colour coat instead of the famous red coat which is awarded after the annual contest.

The winner was Alfie Anderson who was competing against three holders of the coat and two young waterman already entered for next year's race.

In 1514 Henry Vlll gave royal assent to the first act of Parliament for regulating watermen, wherrymen and bargemen. This resulted in the formation of the Watermen's Company which this year has been celebrating its 500th anniversary.

The race was founded almost 200 years later by just retired Irish actor and comedian Thomas Doggett who was grateful to the watermen who had daily conveyed from his home in Chelsea to central London. He decreed that the race should be for newly qualified watermen and commemorate the accession of George I in 1714.

On Thursday the Company of Watermen & Lightermen, joined by members of the Fishmongers' Company, were on board MV Mercia to watch the historic occasion.

The race was originally intended to run between The Swan at London Bridge and The Swan at Chelsea. In 1977 Doggett's Coat & Badge pub, now known as just Doggett's, was opened on the end of Blackfriars Bridge.