A sculpture inspired by a science-fiction film has been installed in Bermondsey Square. 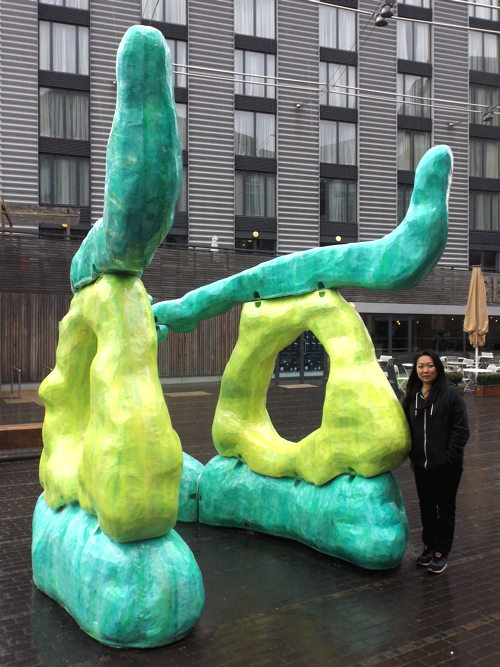 Karen Tang with her sculpture in Bermondsey Square

Karen Tang's artwork Synapsid is the first of a series of three sculptures to be displayed in Bermondsey Square over the next 18 months.

The 'Sculpture at Bermondsey Square' commission has been launched by Vitrine Gallery.

The piece is inspired by the 1959 film Behemoth, the Sea Monster (also known as The Giant Behemoth) which was partially filmed in Bermondsey and Rotherhithe.

The film was originally intended to feature a giant formless blob of radioactive material, but the final version instead used a resurrected dinosaur with the power to project radioactive rays.

Karen Tang's sculpture references the the amorphous radioactive matter that failed to make the final cut of the movie.

Synapsid will remain in Bermondsey Square until March next year. The second sculpture to be exhibited will be by Edwin Burdis and a third commission will be selected in an open call to be launched via IdeasTap later this year.