Detectives investigating the theft of a painting from the Royal Festival Hall are appealing for information on its whereabouts. 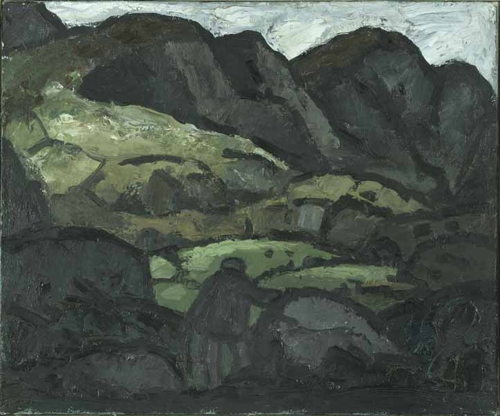 The oil on canvas painting by Kyffin Williams, entitled "Landscape at Llanaelhaearn", is dated 1947 and measures 51.1cm by 61cm.

The painting had been on display in on level 5 of the Royal Festival Hall at Southbank Centre.

It is part of the Arts Council collection which is looked after by Southbank Centre.

The painting was reported stolen after a member of Southbank Centre staff found its frame, broken, concealed in a toilet cubicle.

It is believed that the painting was stolen at the end of September.

"Whoever stole this painting is likely to try to sell it," said DC Ray Swan of the Met's art and antiques unit.

"I urge anyone who is offered the painting to report the matter to us immediately, or contact us if you know anything about the theft or the painting's whereabouts."

Anyone with information on the whereabouts of the painting should call the art and antiques unit on 020 7230 2150.