Clipper Round the World Yacht Race starts at Tower Bridge

Twelve teams of amateur sailors competing in the Clipper 2015-16 Race have passed under Tower Bridge at the start of the 40,000 nautical mile global race. 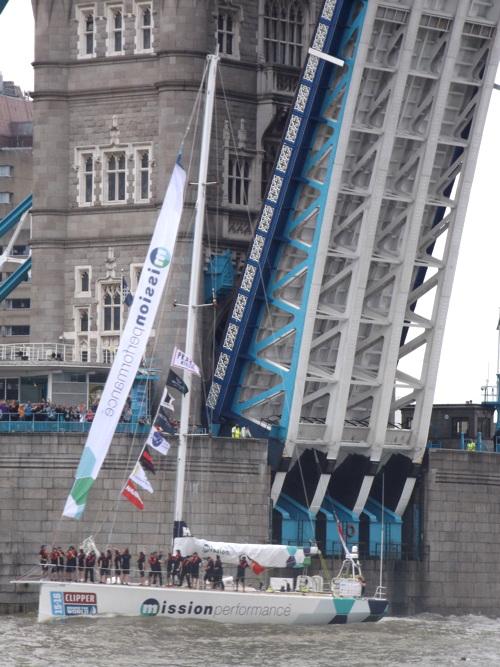 Home team GREAT Britain led the fleet under Tower Bridge which lifted twice to salute the crews on Sunday afternoon.

GREAT Britain skipper Peter Thornton said: “Representing Great Britain is an incredible feeling and a great honour. It was a pleasure to visit Number 10 Downing Street with the crew ahead of the race start, and everyone is feeling very proud.

“We really can’t wait to get out there into the Atlantic Ocean and get this thing started.”

The Clipper Race was founded by Sir Robin Knox-Johnston. The last race began at Tower Bridge in September 2013 and ended in London in July 2014.