President Nicolas Sarkozy of France and his wife Carla Bruni have travelled to Greenwich on the new Aurora Clipper. 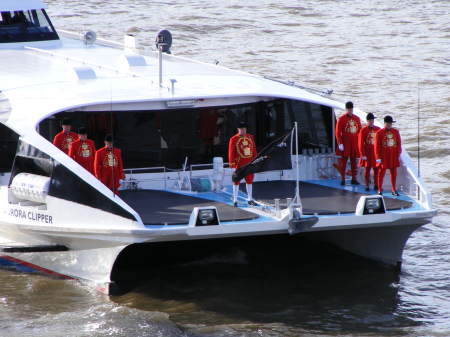 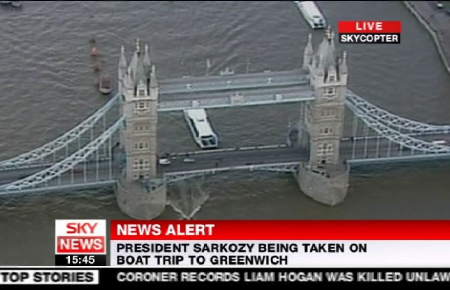 The cruise followed the UK-French Summit at the Emirates Stadium. The President was on the second day of his State Visit and was travelling to Greenwich where he was due to award Dame Ellen MacArthur with the Legion d'Honneur at the Old Royal Naval College.

The Aurora, which can carry 220 passengers and is the latest addition to the Thames Clippers fleet, was built in Brisbane last year and arrived in Britain just eight weeks ago.

The Royal Watermen formed a guard of honour at the ship's bow as the Aurora Clipper passed Tate Modern and only stepped down once the Pool of London had been cleared.