Southwark's borough police commander says he wants his officers to be more proactive about using social media to reassure the public when there are major incidents on local streets. 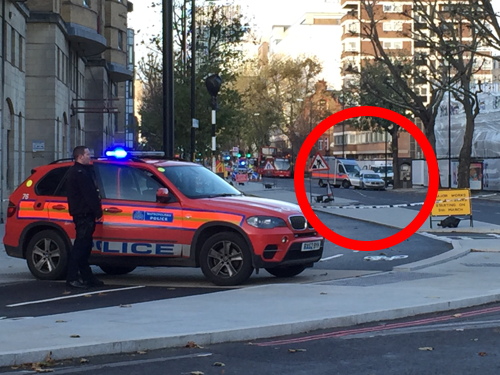 Councillors asked the borough's top cop to comment on the terror threat level.

Grange ward's Cllr Damian O'Brien asked about reports that headteachers were cancelling school trips to London because of security concerns after the recent Paris attacks.

"We've done a lot of work with our most iconic venues and continue to do so," he said.

"There is no change to the threat. I'm not saying the threat is insignificant – because it isn't.

"But it hasn't changed in the last week, so I wouldn't recommend that anyone does anything different."

Cllr Eleanor Kerslake of Newington ward asked about Saturday's incident in Blackfriars Road which occurred whilst a meeting of Borough, Bankside & Walworth Community Council was going on just a few yards away at St George's Cathedral.

"It was the perfect storm at the weekend: it was an armed police interception, it was a car that was on Belgian plates and they were people who had been taking pictures of buildings," said the borough commander.

He acknowledged that Southwark Police could have done more to reassure local residents who turned to social media for information during the incident, which resulted in road closures and a police helicopter hovering overhead.

Ch Supt Gibson added: "A message has gone out to my staff who are Twitter users today to say we need to be more proactive in quelling rumours and responding to the community.

"Looking through the tweets myself this afternoon we weren't very efficient in responding to the tweets that were going out.

"I need my officers 24/7 being reactive to Twitter to help allay those concerns."