Transport for London's commissioner has revealed that the Bakerloo line could be extended from Elephant & Castle to Lewisham via Old Kent Road by 2030. 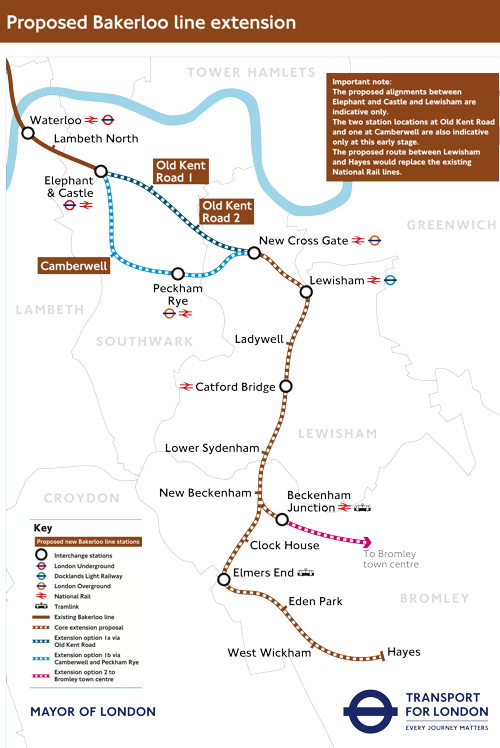 News that TfL has put a tube extension to Camberwell and Peckham on the back burner will come as a blow to Southwark Council which had given cross-party support for a Bakerloo line route with two branches – one following the Old Kent Road and another via Walworth Road.

The decision to favour the Old Kent Road route – and postpone a tube extension beyond Lewisham – been revealed in the latest report by London transport commissioner Mike Brown to the TfL board.

"We undertook an initial consultation in autumn 2014 on route options for a Bakerloo line extension to the south of Elephant & Castle," wrote Mr Brown.

"More than 15,000 responses were received, with 96 per cent in favour of extending the line.

"Since then we have undertaken further work on a number of alternative routes proposed during the initial consultation.

"The results of that work demonstrate that the preferred route option for a first phase is from Elephant & Castle to Lewisham via Old Kent Road.

"Any extension would also be supported by significant improvements to the national rail network in southeast London, including the possibility of a new Thameslink station at Camberwell.

"This route alignment could support up to 30,000 homes and subject to funding and securing powers could be completed by 2030."