Some of the first tenants moved in to their brand new council homes in Willow Walk just before Christmas. 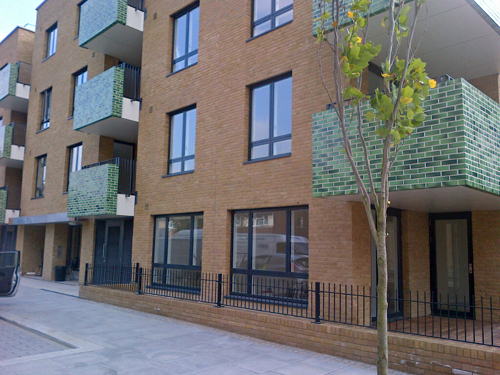 The Willow Walk scheme has been part-funded by a £5.2 million contribution made by the developers of the Neo Bankside buildings next to Tate Modern, in lieu of the provision of social housing on that site.

The four-storey building includes a mix of 1, 2 and 3-bed homes.

The development includes a new street – named O'Reilly Street – through the site between Willow Walk and Setchell Road.

O'Reilly Street is named after a former council housing officer, Pat O'Reilly, who died in 2010 after many years of service to the residents of Southwark.

Cllr Mark Williams, cabinet member for regeneration and new homes, said: "Southwark is doing more than any other council to tackle the housing crisis head on and our commitment to build 11,000 new council homes over the next 30 years is a major part of that.

"The new homes on O'Reilly Street have been built to the highest standards with generous amounts of space, are energy efficient and designed for comfortable living. They are a great example of what we are going to achieve across our borough."

Cllr Richard Livingstone, cabinet member for housing, added: "Another important element of these new homes is that they include larger, family homes and specially-designed, wheelchair accessible flats which are in demand.

"Plus, at least 50 per cent are offered as local lettings first, meaning that our tenants on the neighbouring estates who are over-crowded or who need wheelchair accessibility get the first chance to take up the new properties that are appearing on their doorstep. This will be the same with all our new council homes so tenants who have new homes on their estate can take advantage of the opportunity it creates."

As well as the 21 homes on O'Reilly Street, the development includes another 54 new homes at Ros Stark House designed to be used as temporary accommodation.

The council has recently warned that Government proposals to force local authorities to sell off high-value housing stock will put its plans to build new homes in jeopardy.