£22 million penthouse up for sale at Neo Bankside

A new home overlooking Tate Modern and St Paul's Cathedral could soon become the most expensive residential property ever sold in SE1. 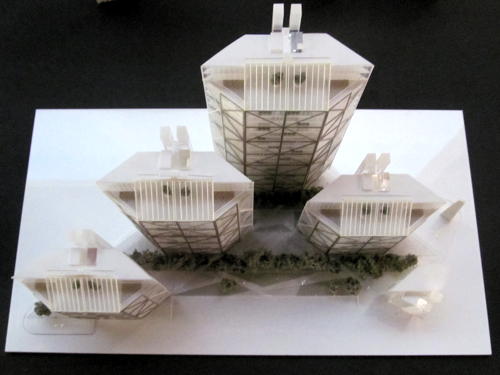 The penthouse at the top of Neo Bankside's Pavilion B has gone on the market with a guide price of £22.5 million.

The price makes the penthouse apartment at the One Tower Bridge development currently being advertised for £15 million seem like a bargain.

The asking price of just one of the 217 homes in the Rogers Stirk Harbour-designed scheme is comparable to the £24.5 million the developers paid to acquire the whole site in 2005.

The main website for the Neo Bankside development is available in three languages – English, Russian and Chinese.

Last week Southwark's planning committee agreed to allocate £5.2 million of the £9 million paid by the developers of Neo Bankside in lieu of on-site shared ownership homes towards the building of new council flats a mile and a half away in Willow Walk.

The Willow Walk scheme was approved more than a year ago and work is now under way.

"That's very nice for the Setchell Estate, but what about 50 per cent of the residents of Bankside getting priority access to some new affordable housing?"

Council officer Zayd Al-Jawad replied: "As part of the direct delivery programme [of council house building] as a whole we are looking at sites across the borough, including in Cathedrals ward, which should benefit further down the line."