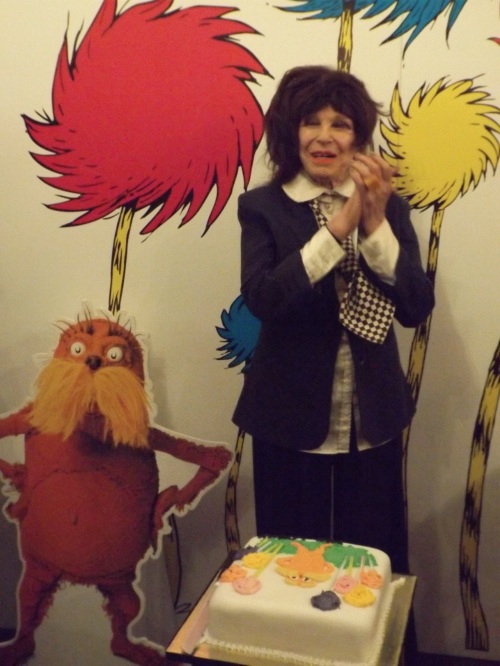 Fenella Fielding with The Lorax at the Old Vic 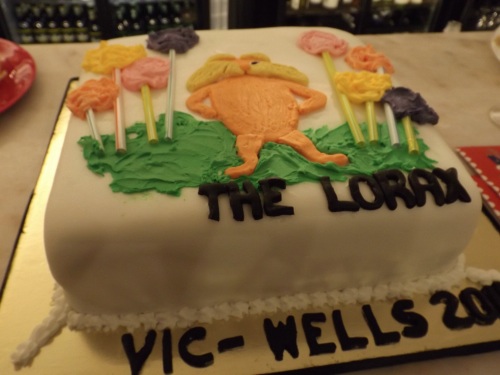 The cake featured the Old Vic's Christmas show The Lorax 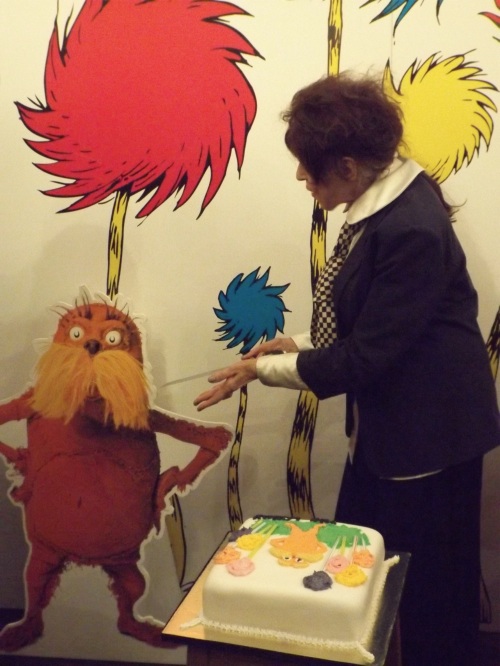 The custom was started by the theatre's famous manager Lilian Baylis in 1923 as a fundraising event with guests having to guess the weight of the cake before it was carried in procession round the theatre.

"I like being associated with something that has echoes of Lilian Baylis," declared Fenella Fielding as she prepared to cut the cake.

She recalled that Lilian Baylis sitting in her theatre box had prayed: "Dear God, Dear God, send me some good actors cheap."

This year the cutting took place on Saturday, three days after Twelfth Night on 6 January, on the second floor outside the Lilian Baylis Circle. The party is traditionally hosted by the Vic-Wells Association.

The guest was introduced by fellow actor Nickolas Grace who said that he had known Fenella since 1964 when as a young man he was her dresser and wore a trendy blue PVC mac. From that day she had always called him 'my little boy in blue'.

He added: "Fenella Fielding is one of our greatest actresses but underestimated because people think of the Carry On films straight away".

The cake was due to be enjoyed later in the evening by the cast of the theatre's current production The Lorax.