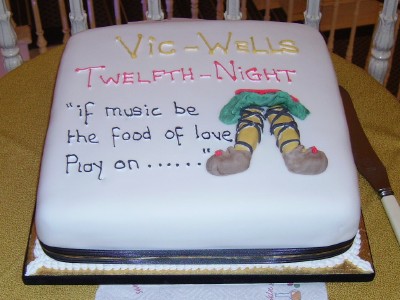 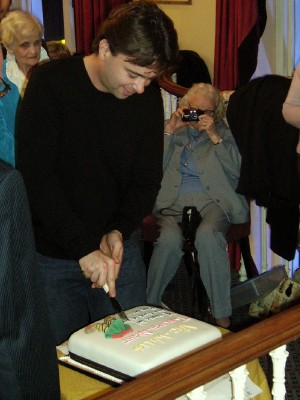 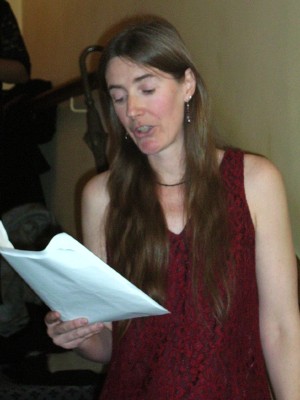 This year the traditional party was held on the second floor outside the Lilian Baylis circle in honour of the famous theatre manager who turned the annual occasion into a major fund-raising event by inviting her guests to guess the weight of the cake.

The custom of cutting a cake on Twelfth Night has been maintained ever since Lilian Baylis' death in 1937 by the Vic-Wells Association which alternates the ceremony between the Old Vic and Sadlers Wells.

The Old Vic party was also the occasion for the launch of Lilian Baylis: A Biography by Professor Elizabeth Schafer who gave a short talk. Two of her students at Royal Holloway, Sam Shellie and Tiffany King, gave readings from Lilian Baylis's letters and speeches.

• During the weekend the Pont de la Tour shop on Butler's Wharf had a display of its home baked French Twelfth Night cakes complete with gold cardboard crowns.