Ballerina Dame Beryl Grey cut the Twelfth Night cake at The Old Vic on the feast of the Epiphany. 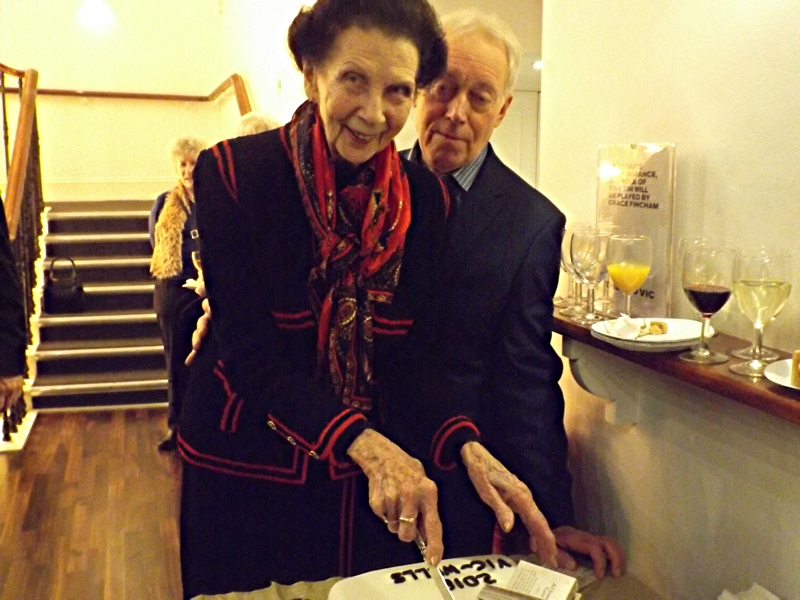 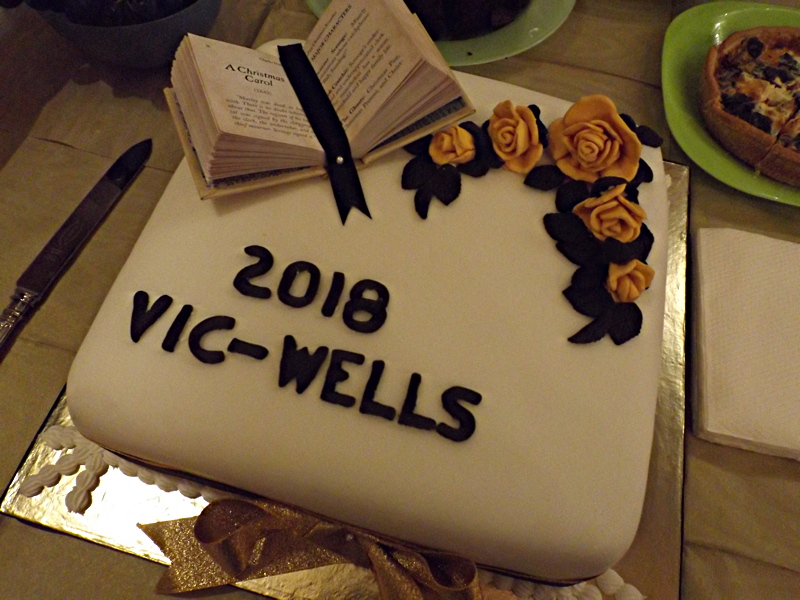 The cake decoration by Yvonne Hickman included a small copy of A Christmas Carol by Charles Dickens which is the theatre's current Christmas show.

The ceremony marked not only the opening of The Old Vic's bicentenary year but, it was announced, also the centenary of the theatre's first Twelfth Night party hosted by legendary theatre manager Lilian Baylis in January 1918.

A Twelfth Night cake would have been familiar in many homes in 1818 but during the rest of the century it evolved into the Christmas cake enjoyed at the start of Christmas.

Lilian Baylis reintroduced the Twelfth Night cake as a fund-raising event with guests having to guess the weight of the cake before it was carried in procession round the theatre and cut by Lilian Baylis herself.

Dame Beryl recalled meeting Lilian Baylis just a month before her death in 1937. The 11-year-old Beryl, who at the time was a student at the Sadler's Wells School, was struck by Lilian Baylis's face which showed signs of the stroke she had suffered whilst travelling on a tram.

During this year's party, staged between performances of the Christmas show, Dame Beryl signed copies of her recently published book For the Love of Dance.

She was introduced by actor Nickolas Grace who invited Dame Beryl to recall her memories which included the time when, during Lilian Baylis's management, the chorus at The Old Vic had to travel in make up and costume directly to Sadlers Wells Theatre to participate in final scenes of the ballet.

Dame Beryl also talked briefly about her Royal Ballet years and being the first Western ballerina to dance with the Bolshoi Ballet for which she took language lessons. The Royal Ballet began as the ballet company of The Old Vic and Sadler's Wells theatres.

The annual Twelfth Hight party, now hosted by the Vic-Wells Association, took place in the foyer of the Lilian Baylis Circle with her portrait looking across at the gathering.

Among members present was 100-year-old Patricia Payne who was announced as being as old as the theatre custom. At the age of 14 she paid sixpence to see plays at The Old Vic and often met Lilian Baylis.