The London Fire Brigade marked its 150th anniversary with a parade through the streets of SE1 from its former headquarters to Southwark Cathedral. 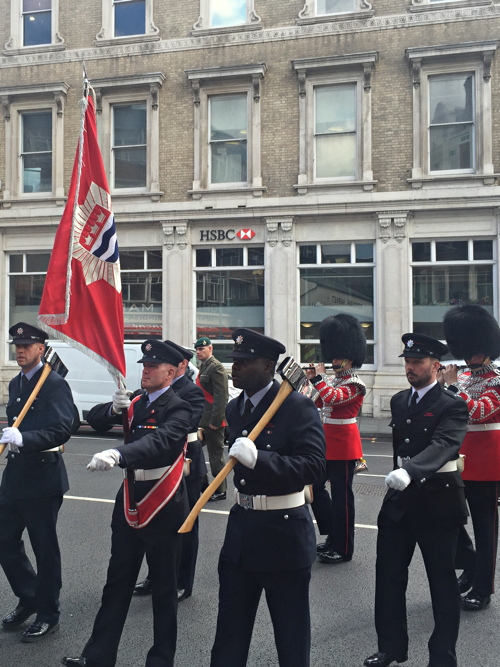 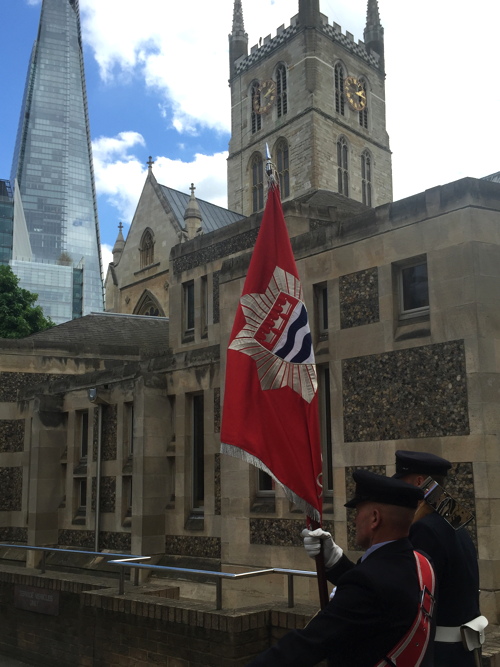 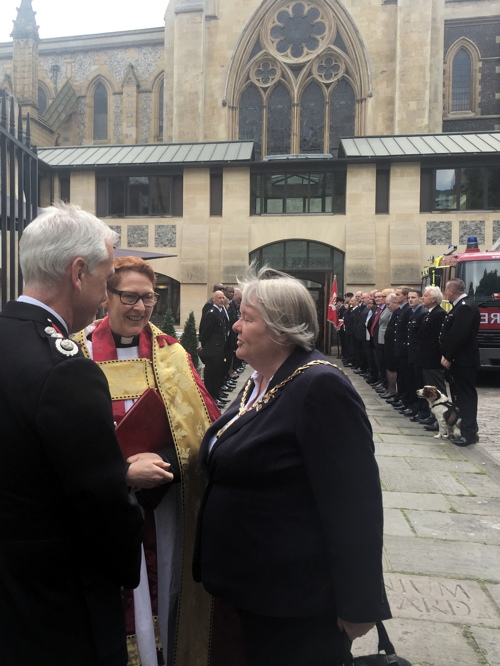 Four firefighters carried the brigade's Watling Street bell – which used to hang in the former Watling Street fire station – along the parade route to the cathedral.

They were preceded by the ceremonial team who carried the current London Fire Brigade standard.

A guard of honour representing staff from across the brigade, fire cadets and retired firefighters greeted the parade in Southwark Cathedral's Millennium Courtyard.

The Mayor of Southwark, Cllr Kath Whittam, was among the guests at the anniversary service in Southwark Cathedral.

The brigade's old standards have been hung in the cathedral's south transept.

Commissioner Ron Dobson said: "London Fire Brigade has had a long and close relationship with both Southwark Cathedral and the borough of Southwark so it's very fitting that we mark our 150th year with this service at the cathedral."

He described the service as "a very special opportunity for serving and retired members of our staff, as well as their friends and family and the wider community, to give thanks to all those who have served the brigade, past and present, protecting our capital for the last century and a half".

Forthcoming events as part of the brigade's 150th anniversary