Where should SE1’s new Bakerloo line stations be located?

Transport for London has launched a public consultation on the possible locations for stations on the Bakerloo line extension along the Old Kent Road, as well as a bigger station at Elephant & Castle. 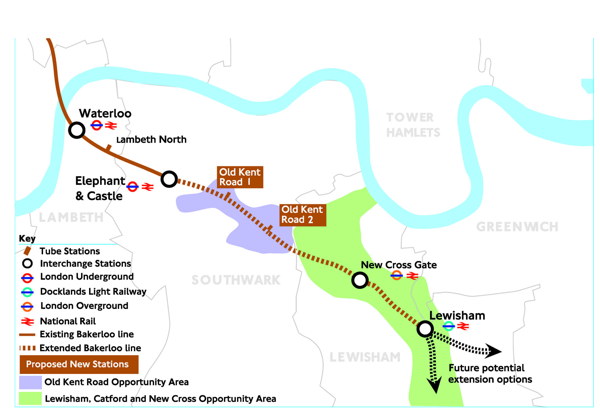 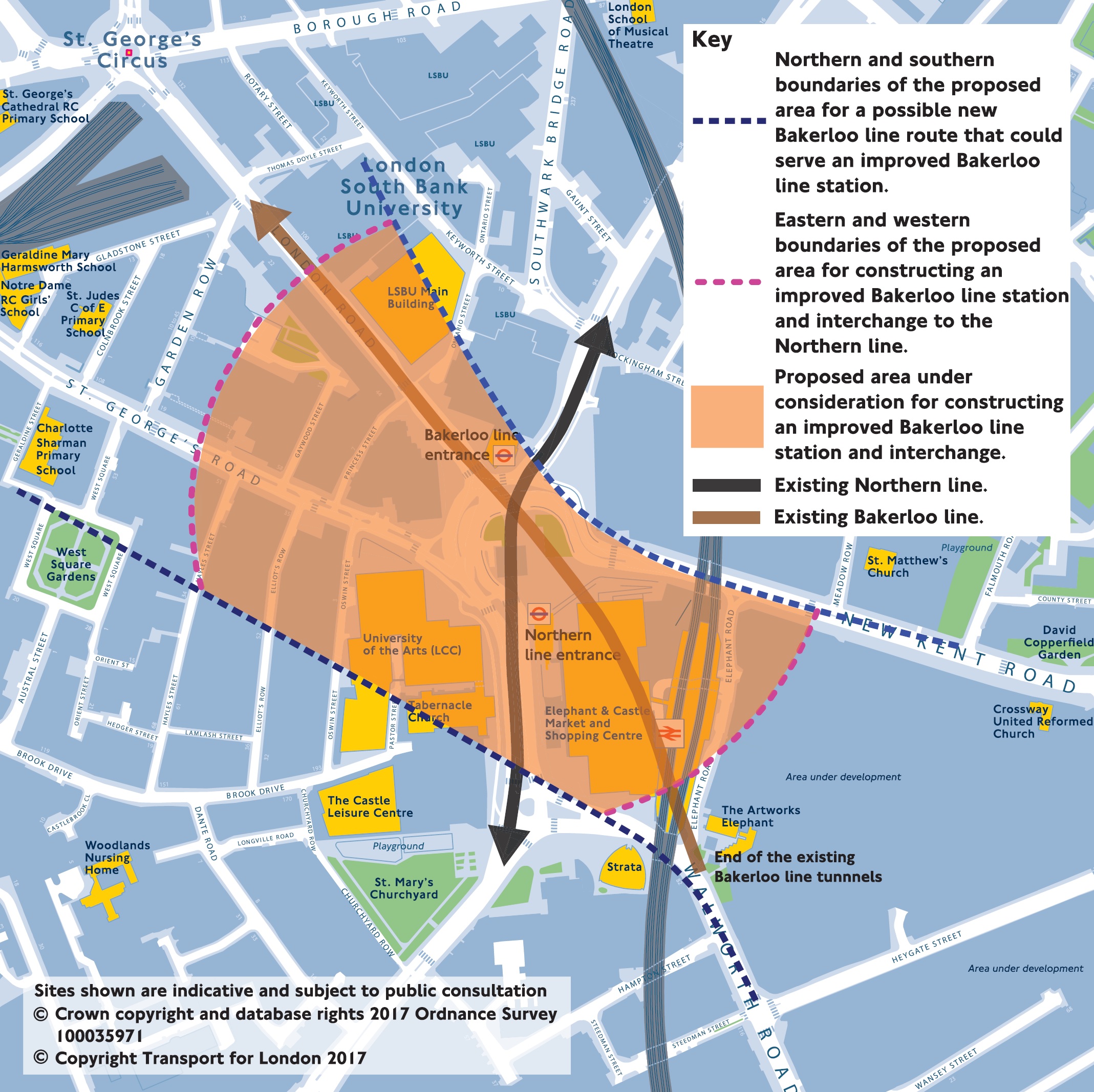 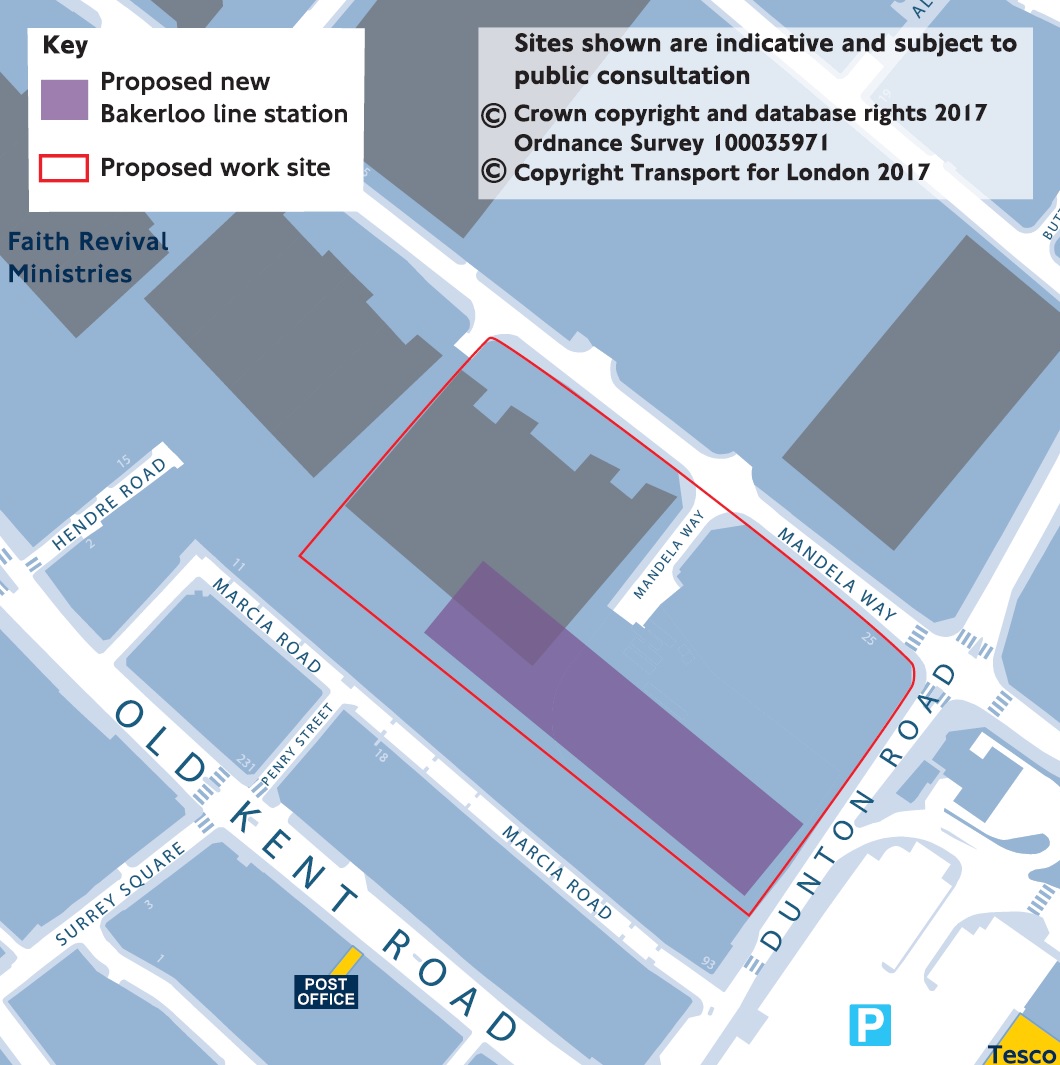 Option A for a new tube station near Dunton Road 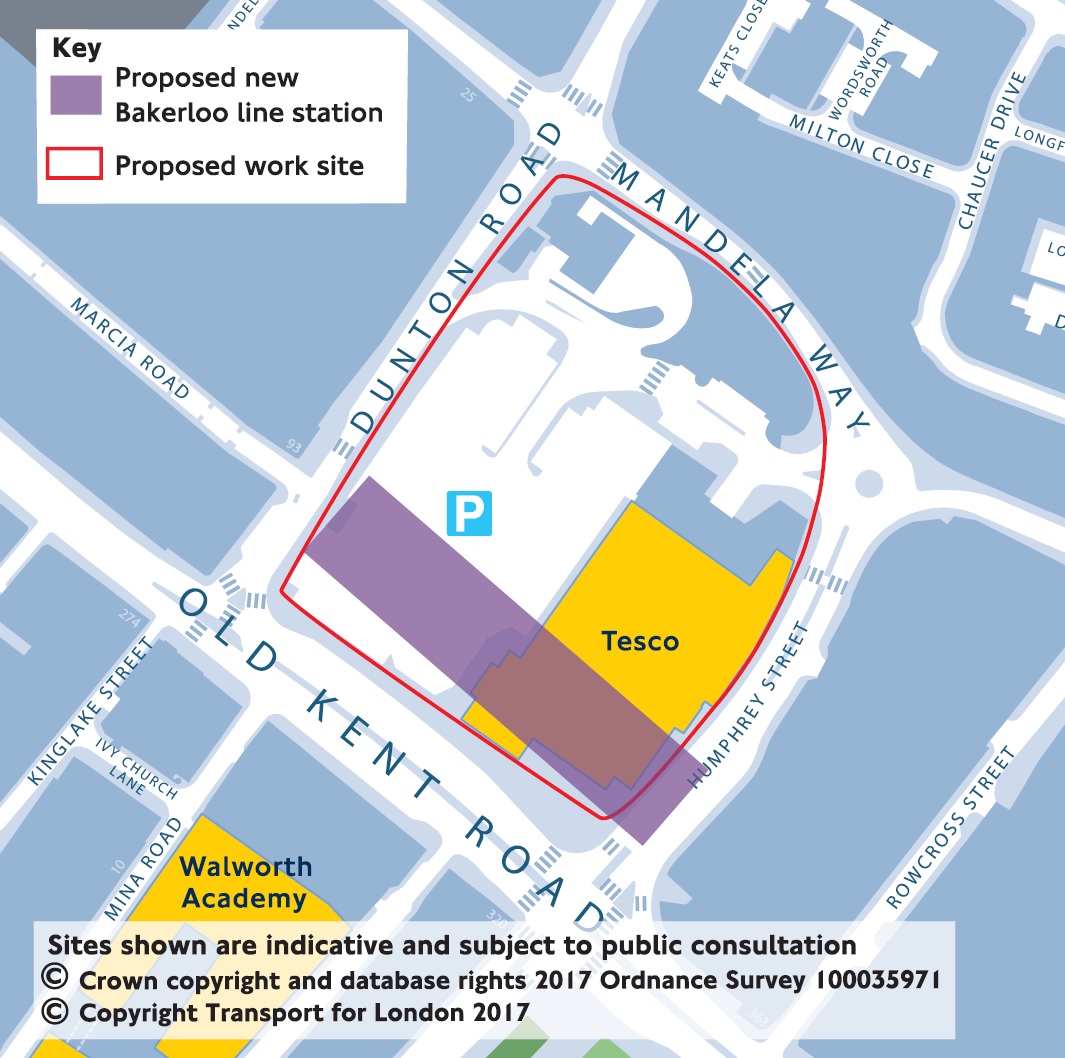 Option B for a new tube station near Dunton Road

The public consultation will run until Friday 21 April with a series of events and exhibitions planned.

On the Old Kent Road one station is likely to be built near Tesco, either east or west of Dunton Road.

A second station could be located where St James's Road meets Old Kent Road, or close to the Toys R Us store.

The consultation also include a proposal for a new ventilation shaft at the Bricklayers Arms junction.

"It will provide substantial benefits for thousands of Londoners, providing a new direct route for commuters into the heart of central London and joining up key transport links across south London.

"The extension also has huge potential for new jobs and 25,000 new homes in the area, helping fulfil our ambition to tackle London's housing crisis and provide a substantial boost to the local economy."

Cllr Mark Williams, cabinet member for regeneration and new homes at Southwark Council, said: "We have big ambitions for the Old Kent Road regeneration, which will pull central London further south and help transform the length of this historic thoroughfare into a dynamic new high street bustling with new homes, including at least 35 per cent affordable homes, new shops and cafes, workspaces, parks and open spaces and safer networks for cyclists and pedestrians.

"A key part of this is the Bakerloo line extension, making this part of London more open and accessible and encouraging investment

"This is a very exciting opportunity and we are encouraging local people in particular to get involved in the conversations now to help shape the future of one of London's most famous roads."

Florence Eshalomi, London Assembly member for Lambeth & Southwark, said: "This is fantastic news for our community. We know that when we increase transport connectivity, we boost local economic growth. This plan could see more jobs and more houses for local people. It also means much improved access to central London and all it has to offer.

"With government cutting its grant to TfL, its only right that they take all reasonable steps to ensure this project is fully funded. If that means allowing the Mayor to keep more money raised through business rates and stamp duty then that's the way it's going to have to be."

• Details of the consultation can be found at www.tfl.gov.uk/bakerloo-extension

What do you think of TfL's proposals?