The Tower Bridge Road Alliance is continuing its campaign for a tube station at Bricklayers Arms as part of the Bakerloo line extension as TfL's official consultation period comes to a close. 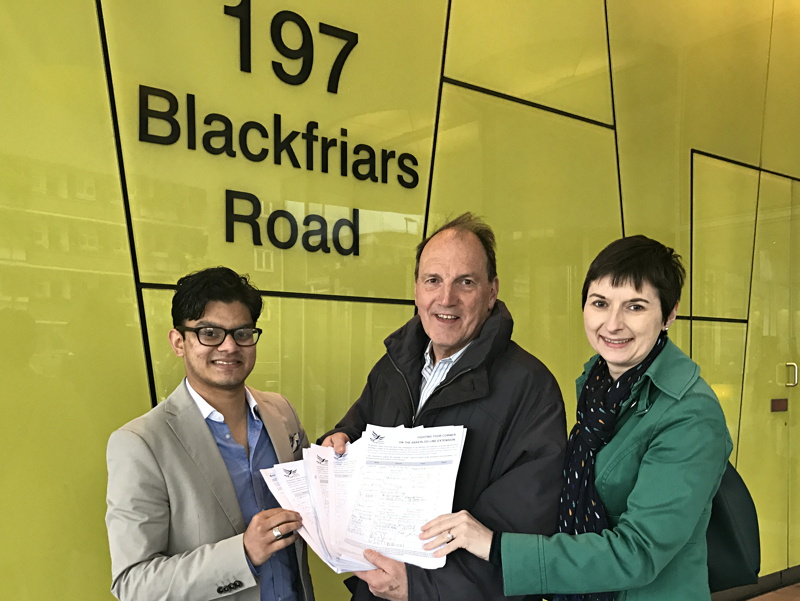 Ms Pidgeon and Mr Hughes were joined by Suhel Ahmed of the Tower Bridge Road Alliance who is spearheading a separate petition which will remain open for another couple of weeks.

"We have been working side by side with the Tower Bridge Road Alliance and local residents to gain support for a vital new station at the Bricklayers Arms and have been absolutely overwhelmed by the positive response we have received in such a short space of time," said Sir Simon Hughes.

"Southwark Lib Dems have long campaigned for the Bakerloo line extension along the Old Kent Road to include a station at the Bricklayers Arms and we sincerely hope that TfL will reconsider their decision not to build a third station at the roundabout."

Transport for London's current plans to extend the Bakerloo line to Lewisham include two brand-new stations between Elephant & Castle and New Cross Gate – but nothing between the Elephant and Dunton Road.

Listen to the audio clip below to hear why Suhel Ahmed and local businesses on Tower Bridge Road believe there is a strong case for a tube station at Bricklayers Arms.

Do you agree with Suhel?