Final pedestrian subway at Elephant & Castle closed to the public

For the first time in around a century there are no pedestrian underpasses at the busy Elephant & Castle junction. 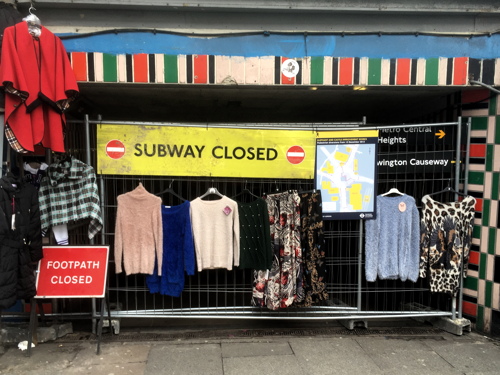 Within hours of the closure of the last subway, the fencing had been adopted by adjacent market traders to display their wares 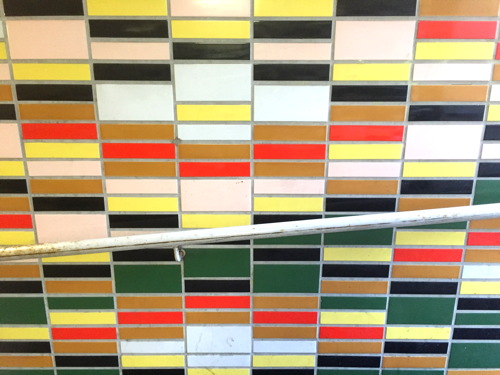 Tuesday morning's closure of the final subway – linking the Elephant & Castle Shopping Centre with the Michael Faraday memorial – is the culmination of a process which began almost exactly five years ago with the removal of the subways at the southern junction.

Work on the Ł24.4 million scheme to remove the northern roundabout at Elephant & Castle began last April and is due for completion in May this year.

Last month the roundabout was replaced with a new two-way traffic system.

Responding to a caller to the phone-in show complaining about congestion at the new junction, Mr Daniels said: "Give it till the summer. At the moment it looks like a building site ... wait till it's finished and people have got used to it."

He added: "It's in nobody's interest to put something in that doesn't work.

"We've put something in that people told us that they liked.

"We've put something in that passed all the tests as far as safety and traffic modelling is concerned.

"As is the case with all these things, if it doesn't really work and people don't really like it, then we'll have to have another look at it.

"We are not sentencing London, as our predecessors did, to 50 years of an urban motorway cutting right the way between the church, the university and the shopping centre.

"So what I'm saying is that if it doesn't work, we'll have another look at it, but give it a chance."

There have been pedestrian underpasses at the Elephant & Castle since 1915, but the current passageways date from the 1959 remodelling scheme.

The need for sub-surface crossings at the Elephant was first mooted in the early years of the 20th century in connection with the construction of the Bakerloo line, when electric trams presented a hazard to pedestrians making their way across the busy intersection.

The merits or otherwise of subways at the Elephant have been hotly contested in the intervening years, with a lively debate in Parliament in 1930.

In 1957 Herbert Morrison MP told the Commons: "There is an amazing honeycomb of pedestrian subways at the Elephant & Castle.

"I drive through that area every day and, by the way, it is not so bad as it looks.

"It may well be an indication of their sense of adventure. Either they do not like the idea of going down the steps through the subway and then having to climb up again – which I can understand – or they have such a lively sense of adventure and a wish to court danger in that they would sooner risk their lives by going across the road."

Will you miss the subways?