TfL says ‘no’ to Bakerloo line station at Bricklayers Arms 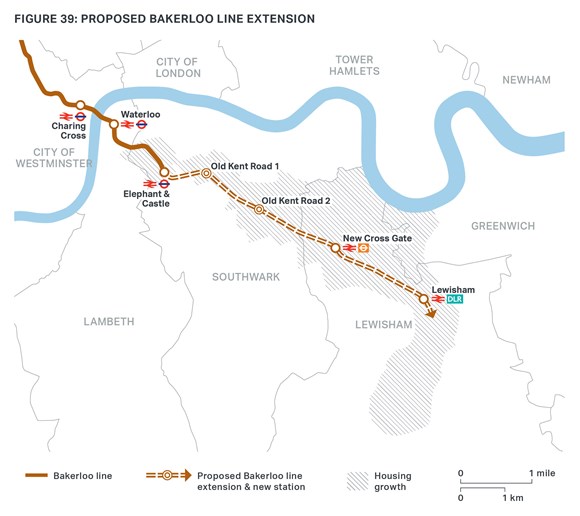 At Elephant & Castle, plans are being developed that would see the Bakerloo line station and ticket hall move and integrate with the planned new Northern line ticket hall which is linked to the shopping centre redevelopment.

Changes to the plans have meant that there should no longer be a need for a ventilation shaft between Elephant & Castle and the Old Kent Road stations due to the shorter tunnel alignment.

"While a new station at the Bricklayers Arms was considered following comments from the consultation, it will not be progressed," said TfL in a statement.

"A number of factors led to this decision including its close proximity to the existing Elephant & Castle and Borough Tube stations and the location TfL is focusing on for the new proposed 'station 1' on the Old Kent Road.

"The proposal for an additional station would also considerably increase the overall cost of the extension as well as make journey times longer."

The idea of a station at Bricklayers Arms had cross-party support on Southwark Council as well as backing from local businesses and community groups.

The full document is at www.tfl.gov.uk/bakerloo-extension

Cllr Johnson Situ, Southwark's cabinet member for growth, development and planning, said: "I am pleased that the Mayor of London remains committed to the Bakerloo line extension. Southwark Council has been working with the Mayor and TfL to build the case for the extension, which will transform the lives of thousands of people who live and work around Old Kent Road and wider London.

"We welcome TfL's decision to drop the proposals for a ventilation shaft at Bricklayers Arms and their commitment to public realm work, however we are disappointed with TfL's proposal not to include a third station at Bricklayers Arms, despite strong local support from residents, businesses and the council.

"As TfL have outlined in this report, the delivery of the Bakerloo line extension is dependent on securing the necessary funding for its construction, so it is vital that we continue to build the campaign for the extension and make the case to Treasury to ensure it is delivered. I would encourage all residents and businesses who will benefit from the extension to support the campaign and join the thousands of people already signing up to Back the Bakerloo at backthebakerloo.org.uk."