Four new water bottle refill stations at Guy's Hospital and St Thomas' Hospital could help to prevent the use of 150,000 plastic bottles each year according to NHS bosses. 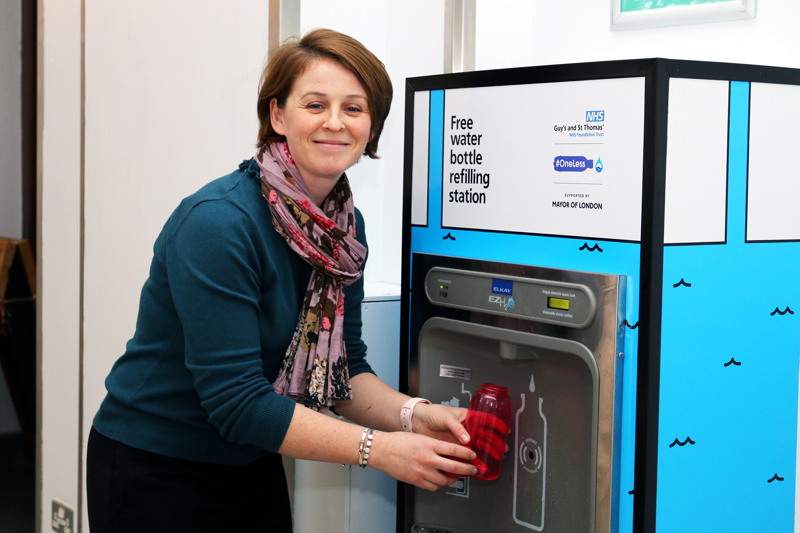 Two of the four refill points were provided by the Mayor of London and #Oneless as part of the London Drinking Fountain Fund. The other two fountains were funded by Bywaters and UNISON.

At St Thomas' Hospital the refill stations are located in South Wing and next to the Riverside Restaurant.

At Guy's Hospital, water bottles can be refilled in Tower Wing and Atrium Two.

Daphne De Leener, sustainability consultant at Guy's and St Thomas', said: "We are determined to play our part in reducing plastic waste and single-use water bottles.

"The new drinking fountains are a simple but effective way of helping our patients, visitors and staff lessen their impact on the environment."

The trust trialled one machine for three months from October to December last year and it was used 9,500 times.

Dr Heather Koldewey, co-director of the #Oneless campaign, said: "We are delighted to be working with Guys and St Thomas' on this exciting initiative to reduce the plastic blight on the ocean and firmly establish London as a city that no longer uses plastic bottled water."