Charterhouse-in-Southwark has announced changes which will see the local charity concentrate on work with young people and rebuild its Crosby Row HQ. 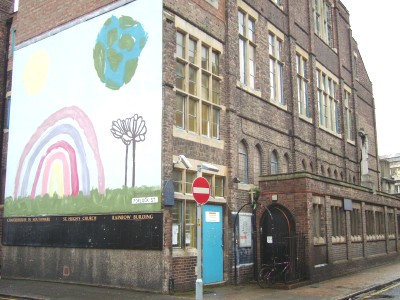 The Rainbow Building at 32 Crosby Row will be rebuilt

The 121-year-old charity says that it will consolidate and streamline all projects, with children, young people and families becoming the focal areas for its work/

Charterhouse-in-Southwark says that it believes that prioritising youth work will not only help reduce crime by providing creative and stimulating activities, but will also empower young people to achieve their potential in education and employment, in turn reducing poverty in the area.

A key element of Charterhouse's future plans is the planned rebuild of its HQ at 32 Crosby Row to become a modern, multi-functional and accessible building.

"A new focus and improved facilities are essential in order for us to continue to effectively serve and connect with the ever-changing Southwark community," explains Charterhouse-in-Southwark director Janet Kennedy.

"Despite the influx of retail and residential developments in the area, Southwark still falls into the most deprived 20 per cent of boroughs in the country.

"We intend to provide excellent services for local people from a modern building more suited to the 21st century."

Non-core activities could be discontinued

However the charity has signalled that the re-focus will mean that activities not considered to be core to the charity mission or are not well utilised may be discontinued.

In addition to a range of services for children, young people and families, Charterhouse currently provides an Evergreen Club for over-50s which will draw to a conclusion when the funding for the project ends in the summer.

The charity says that older folk will continue to be welcomed to other services on offer, including crafts, healthy eating and exercise, access to alternative therapies and advice.

Charterhouse-in-Southwark says that its re-focus is the result of a detailed 12 month audit of the charity by the executive team and the board of trustees, assisted by probono help from business leaders from Pilotlight, and by listening to the opinions of local people..

Charterhouse-in-Southwark was founded in 1885 by old boys (Old Carthusians) of Charterhouse School in Godalming.

Each year more than 600 people benefit from the charity's various services.