End of an era as Ł50 million regeneration funding expires

Major regeneration projects in Waterloo and the Pool of London that have together delivered more than £50 million of funding finished at the end of March. 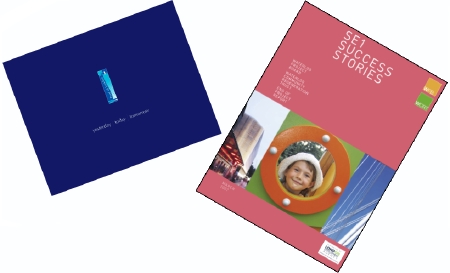 The Waterloo Project Board, Waterloo Community Regeneration Trust and Pool of London Partnership were all funded by the Single Regeneration Budget (SRB), a scheme established in 1994 to bring together regeneration funding from different government departments.

The SRB-funded Elephant Links programme at the Elephant and Castle finished a year ago.

Covering the area bounded by the River Thames, Blackfriars Road and Lambeth Road, the SRB programme in Waterloo has delivered Ł19 million funding over the past seven years through the Waterloo Project Board (WPB) and Waterloo Community Regeneration Trust (WCRT).

Projects large and small have benefited from SRB money, from the redevelopment of the Young Vic, the transformation of the Royal Festival Hall and the development of the soon to be opened Coin Street Neighbourhood Centre to the greening of local estates and housing co-ops, the creation of new and improved play areas for children, the launch of the Waterloo Carnival and a variety of programmes which help local people to find employment.

"There is still a great deal that needs to be done but WPB and WCRT have helped us forge new partnerships and creative ways of working together," says Kate Hoey MP. "These networks will be critical to the area's future and the way in which it deals with the pressures of change."

The work of WPB will now be taken forward by the South Bank Partnership which brings together South Bank's two MPs, the leadership of Lambeth and Southwark Councils, ward councillors, representatives of the Mayor's agencies plus the area's major businesses, arts organisations, universities and hospital.

The partnership's action plan: Under Pressure and on the edge – London's South Bank: A Manifesto for Action [PDF, 600KB] has now been published.

Smaller-scale projects in Waterloo have been funded by the Waterloo Community Regeneration Trust which – via its committee elected by local residents – has distributed Ł4.5 million to local groups.

WCRT will pass the mantle of community development to the newly-formed Community Coalition which will support the activities of the multitude of local groups and find ways to pool their strengths.

Since 1996 the Pool of London Partnership has been operating in an area which stretches from London Bridge to just past Tower Bridge on both sides of the River Thames.

Backed by Ł31 million from SRB, the PLP says that with match funding it has delivered Ł101 million investment to the area.

The PLP has supported more than 200 projects including work on the railway tunnels and arches near London Bridge, improvements to the Guy's Hospital site and the renovation of Potters Fields Park.

Smaller projects backed by the PLP include the creation of pocket parks and the renovation of Alfred Salter Playground.

Some aspects of the PLP's work in a more tightly defined area between London and Tower Bridges have been passed on to the London Bridge BID Company, established by a ballot of local businesses in 2005 and funded by a levy on business rates.

The legacy of the PLP's work in the area is set out in a commemorative book [PDF, 11MB].