Tories: London skyscrapers "should be stopped"

Shadow culture minister Ed Vaizey has accused the Government of being "in thrall to the skyscraper" and attacked plans for tall buildings at London Bridge, Blackfriars and Waterloo. 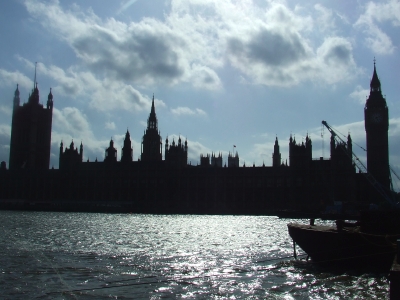 In a speech to the Heritage of London Trust, he said that buffer zones for tall buildings around London's World Heritage Sites are "essential if we are to preserve these views not only for ourselves, but for the generation to come".

Mr Vaizey, who is MP for Wantage and Didcot, said: "Next month, UNESCO, the cultural organisation of the United Nations, will meet to discuss whether to put two World Heritage sites on their 'endangered' list. If you asked the average person where these two sites are, they would assume they were in places like Afghanistan or Iraq. They would be astonished to learn that they are actually both in London – Westminster and the Tower of London."

He accused the Government and the Mayor of London of being "in thrall to the skyscraper".

"The Tower of London's views would already have been damaged by the Minerva Tower, which is only not now going ahead because of financial problems. The London Bridge Tower (the Shard of Glass) remains a danger. A substantial tower at Vauxhall has been already been given planning permission which will damage views of Parliament. A number of other tall buildings have also been proposed or talked about which would have a devastating impact on the views around the Palace of Westminster.

"Two tall buildings have been proposed by Victoria; there is a risk of development in Waterloo and Blackfriars; there is a proposal for a tower at Coin Street.

"All of these proposals – some merely ideas, others more substantial, and one going ahead, would have a massive impact on the historic and important views around the Palace of Westminster. They should be stopped. The Government should immediately put in place a buffer zone to protect the site."

He dismissed the arguments of those who accuse skyscraper-sceptics of being against modern architecture: "I am a huge supporter of modern architecture, but it should always be in the right context. As an example, even those that support the buffer zone backed the London Eye. Its delicate and perforated silhouette compliments the area and does not crowd out the historic views, as a skyscraper would."

Vaizey also rejected the claim – reiterated on Monday by Ken Livingstone in comments to this website – that skyscrapers are essential to London's economic development.

He noted that a House of Commons select committee had "concluded that no company had been put off locating in London because of lack of office space, and that there was in any case plenty of other areas suitable for development".

Earlier this month Westminster City Council voiced concerns that the 50-storey twin towers proposed at Victoria Station would break the currently uninterrupted roofline of Parliament as seen from the Albert Embankment walkway in front of St Thomas' Hospital.