Architecture watchdog CABE has welcomed changes to the design of the skyscraper proposed for the junction of Blackfriars Road and Stamford Street. 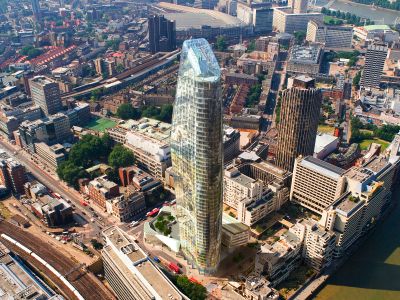 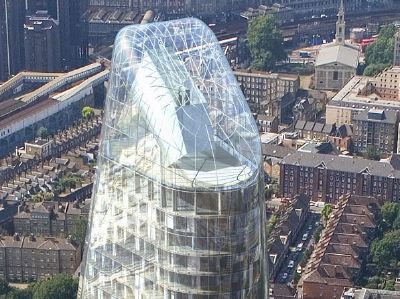 Detail of the top of the tower 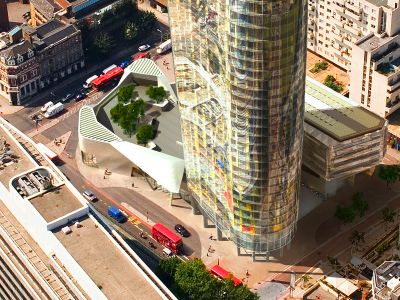 Detail of the base of the tower

The Commission for Architecture and the Built Environment (CABE) has delivered its verdict on the revised designs for the proposed tower designed by Ian Simpson Architects.

Last autumn developers Beetham announced changes to the design including a reduction in height from 68 storeys to 51 and significant revisions to the lower levels of the building.

When CABE reviewed the original designs in 2005 the panel was critical of "weaknesses in the streets and spaces in and around the development".

In their latest comments they "applaud the client and the architects for responding positively to previous comments made by CABE and others".

"The combination of design revisions – the reduction in the tower's height, development of the facades and redesign of the lower blocks and public realm – has resulted in an improved scheme which we broadly support. We have a number of remaining concerns that we hope can be considered as the design continues to evolve."

The CABE design review comments describe the scheme as "a bold addition to the London skyline" on "a suitable location for a tall building, provided it is of the highest quality".

The report also notes that "it would be helpful to consider a scheme such as this in the context of an approved tall buildings policy for Southwark. However, it seems clear that this proposal is coming forward in an area which is potentially set for significant change; we note that a number of tall buildings are proposed or consented both for adjacent sites and within the wider neighbourhood."

The panel says that the Beetham tower's appearance in views from St James's Park is "acceptable" as a "background element in the composition".

CABE also welcomes the proposal for a publicly accessible sky deck at the top of the tower: "In our view, a tall building of this prominence would only be acceptable if the public are able to enjoy the views it will provide, and we think this element of the proposal should be subject to planning conditions to ensure it is delivered."

The revised designs also relocate the affordable family housing off-site; again, this move is welcomed by CABE's panel which says it was "not convinced" that Rennie Street was a "suitable location for this type of accommodation".