Plans for an extension to Tate Modern on Bankside received a boost this week with the news of a £50 million capital investment by the Government. 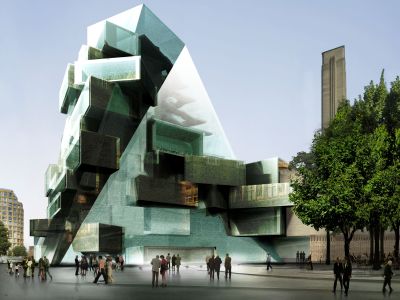 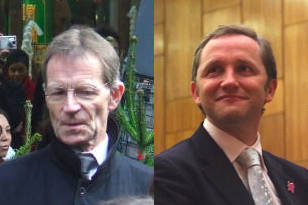 The announcement was made by culture secretary James Purnell on Wednesday morning.

"This is a really important moment for Tate, and for London," said James Purnell.

"Herzog and de Meuron's astonishing design will create a stunning new landmark for the capital, and a brilliant space for showing the very best of international modern art to the world, free of charge.

"Tate Modern has been a runaway success with the public from the day it opened. I know that this new development, which we hope will be completed in time for 2012, will prove once and for all that London is the cultural capital of the world."

This is the largest capital commitment by Government to a cultural project since the British Library which opened in 1998.

"Today's announcement is an important endorsement by Government of the contribution that the arts make to society as a whole and the importance of British art at an international level," says Tate directory Sir Nicholas Serota.

"It gives us a platform for the creation of an institution for the 21st century, designed to serve the next generation of artists and visitors. This commitment confirms London's position as one of the leading international centres for the visual arts."

The extension to the former Bankside Power Station – which will expand the gallery by 60 per cent – has been designed by Herzog and de Meuron, the same architects responsible for the original conversion of the building into an art gallery.

Since receiving planning permission from Southwark Council in March 2007 Tate has embarked on a fundraising drive to secure the £165 million – 215 million at 2012 prices – needed to make the new building a reality.

The Mayor of London, via the London Development Agency, has committed £7 million and philanthropist John Studzinski has given £5 million to the project.

Members of the public are invited to have their say on the new development via the Great Tate Mod Blog.

• Tate is also working on plans for a National Art Collections Centre, to be run jointly with the National Portrait Gallery, to be built in the car park of the collection store in Mandela Way. Grimshaw architects have designed the building; a decision on Lottery funding for the scheme is expected in the new year.

Do you welcome the investment of taxpayers' money in Tate Modern's new extension?