The Wolfson Foundation has given a grant of £5 million to the Tate Modern extension project. 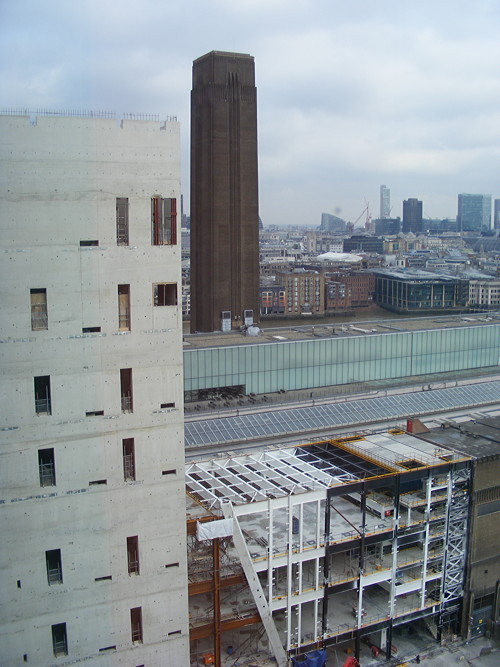 The Ł5 million gift means that the project has now reached 80 per cent of its Ł215 million fundraising target.

Tate has received Ł50 million from Government and Ł7 million from the Greater London Authority with the remainder from private donors.

The new building's two central concrete cores are now complete and will house the lifts, stairs and services. The higher, at ten storeys, reaches the full height of the new building, standing at 64 metres.

The cores sit above the Tanks and are now being surrounded by a lattice of columns, which will continue to rise throughout the year to form the perimeter of the new building.

"We are hugely grateful to the Wolfson Foundation, whose generous gift of Ł5 million will make a real difference to the transformation of Tate Modern," said Tate director Sir Nicholas Serota.

"It coincides with a landmark in the project's development, as the ten-storey concrete core is completed and visitors to Bankside can truly begin to see the new building taking shape."

Janet Wolfson de Botton, chairman of the Wolfson Foundation, said: "We are delighted to be contributing to this exciting project at an organisation which has done more than any other to bring contemporary art to a mass audience.

"Tate Modern has been a remarkable success story since its opening in 2000."

Last year Tate Modern attracted 5.3 million visitors, the highest ever figure in its history, making it the second most popular tourist attraction in Britain.

Tate says that the new building will be completed in 2016 at the latest.