Support for a new film centre with an outdoor screen on the South Bank and backing for the refurbishment of The Old Vic were two of the commitments made by Ken Livingstone at the launch of his arts and culture manifesto on Monday. 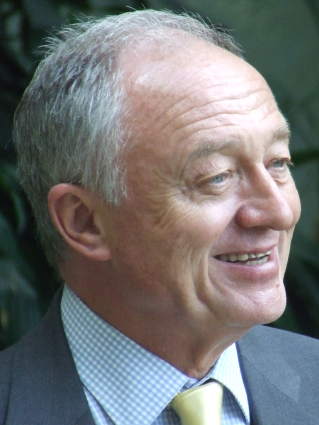 "We're funding a study with the film industry in London to look at what we could do, where it would go," Ken Livingstone told LBC Radio at the launch of his arts manifesto.

"I really want to have a permanent screen outside so that there can be endless free screenings of films as people wander up and down the South Bank."

In February culture secretary Andy Burnham published a green paper which said that central government support for the film centre to replace BFI Southbank depended on the BFI demonstrating the viability of the scheme.

In his manifesto Livingstone also pledges further investment to support the next phases of the redevelopment of the Southbank Centre to follow on from the recently completed refurbishment of the Royal Festival Hall.

The Labour culture manifesto also mentions the extension of Tate Modern. Livingstone says that if re-elected will continue to support Tate's aim to complete the extension by 2012.

The Labour candidate also promises to "support the vital refurbishment of The Old Vic".

Last month artistic director Kevin Spacey told journalists at a City Hall press conference that The Old Vic's participation in cultural events tied to the Olympics "will in large measure depend on whether I've managed to raise the money to renovate the building because we may have our 'walkabout' during the Olympics if we're lucky enough to have raised the money that we need to bring that building up to 21st century standards".

Spacey has often spoken about the poor state of the building and its leaking roof which has not been properly repaired since it was damaged in World War II.

Although the Mayor didn't specifically mention the Hungerford Car Park site next to Jubilee Gardens, this is known to be the British Film Institute's preferred location for a new film centre.

Speaking last year Ken Livingstone said "Much of [the South Bank] is still under-developed, parts of it are still semi-derelict, but slowly we're filling in the gaps. One day we'll even fill in that ghastly Hungerford Car Park as well."

Meanwhile there is no immediate prospect of the refurbishment of the adjacent worn and battered Jubilee Gardens being carried out.

In a written answer to a question tabled by London Assembly member Val Shawcross and published last month, the Mayor said that the London Development Agency "has made clear that it will not be providing funding for this proposed park, and alternative sources will need to be secured to meet the £3.5 million shortfall if this scheme is to be implemented."

The Mayor said that the refurbishment of Jubilee Gardens "is currently limited by land ownership issues and associated covenants. The LDA has carried out extensive work to investigate these legal issues and develop a strategy to unlock the site. A number of actions are currently being considered by the LDA, which include acquiring a land interest to enable the establishment of an events programme and implement small scale landscaping improvements to make better use of the site. A budget has been identified for the work."