Operations at Guy's Hospital were cancelled and Southwark Council's call centre was relocated as part of the knock-on effect from Sunday's burst water main in Tooley Street. 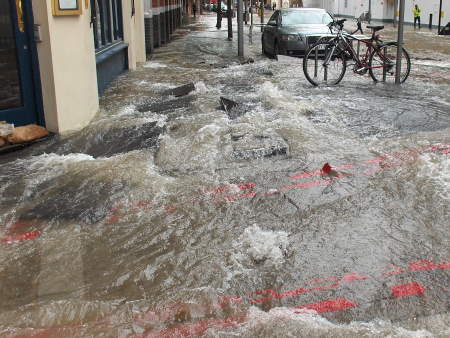 View of the junction of Tooley Street and Shand Street just after 9.45am on Sunday morning. Photo courtesy Richard Bland. 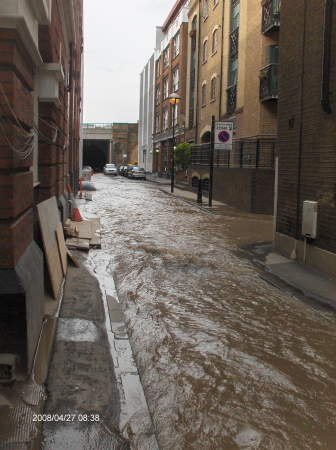 Shand Street in full flow at 9.38am on Sunday morning. Photo by Richard Bland. 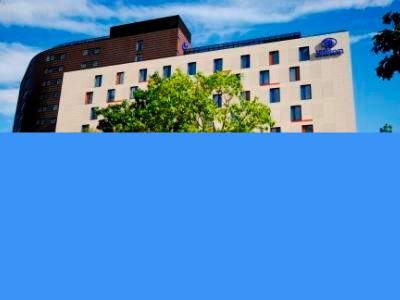 Southwark Council says that 7 million litres of water - enough to half fill the Hilton hotel - flowed out of the burst main on Sunday morning.

Knock-on effects of the flood

Tooley Street reopened to eastbound traffic on Monday night whilst work continued to repair the damaged water main and patch up the damaged carriageway and pavement.

"If you can imagine it, 7 million litres of water would half fill up the Hilton hotel on Tooley Street," he added.

"That gives you an idea of the new swimming pool that was created in Tooley Street on Sunday morning."

"I have to pay tribute to the fire service and our police colleagues who have spent the last 36 hours managing that and pumping out that water. They've been working tirelessly through the night and all of today dealing with that."

Mr Toy confirmed that no residential premises have been affected.

"We still have an electricity outage in that area ... and there's going to be a review of that tomorrow [Tuesday] morning."

The lights appeared to be back on at City Hall late on Monday night – and several large generator trucks had appeared next to Norton Rose's building.

"One thing it has affected is our customer service centre which is in the Tooley Street area." said Mr Toy.

"Can I apologise on behalf of the council for any problems that you have found in getting through to the customer service centre.

"We have got a site set up to take calls but because of the extent of the emergency that is taking round about 50-60 per cent of our normal calls. We hope to have that restored as soon as possible."

Simon Hughes MP: there doesn't seem to be a backup system

"The obvious lesson is that there doesn't appear to be an easy and effective backup system," North Southwark and Bermondsey MP Simon Hughes told the London SE1 website.

"We all know Thames Water are doing mains renewal ... but things do go wrong, pipes do burst, there are floods and I think the one lesson is that as we develop the infrastructure, there have to be backup systems, whether its electricity supply or water supply.

"The council is not the only responsible authority, but it will now have think about how we produce backup facilities."

Loss adjustors visited affected businesses on Monday. A Thames Water van will remain in Tooley Street to deal with enquiries for the rest of the week.