14-year-old Bermondsey resident Tara Ifill has won a national award for her project to sell T-shirts to raise money for local youth clubs. 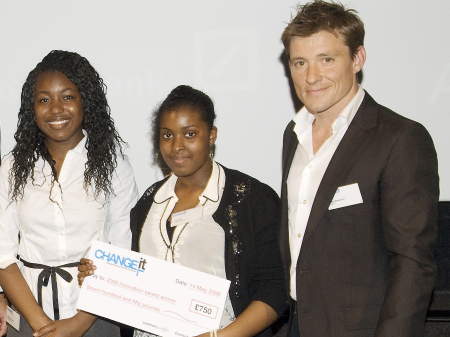 Tara Ifill won a Deutsche Bank CHANGEit award this week for her campaign idea, Smile with Style. She was presented with the prize by GMTV presenter Ben Shephard.

Run by international leadership organisation Common Purpose and sponsored by Deutsche Bank, the CHANGEit awards aim to show that young people can make positive changes to society and to recognise the achievements and ambitions of young people who are already doing so.

Tara's Smile with Style campaign aims to have youth from Notre Dame RC Girls' School and other local schools and youth clubs design T-shirts to sell for the charity Smile Train and for funds to go back into local youth clubs. By having an activity for young people to engage in, they stay off streets and out of trouble. By raising money, they have an opportunity to both improve their local area youth clubs and help a charity that gives young children a smile.

"Tara's idea to get young people involved in helping themselves is fantastic," says Julia Middleton of Common Purpose.

"It shows how young people can have a valuable leadership role in society."