Several thousand exiled Zimbabweans have marched along the South Bank seeking right to work in Britain. 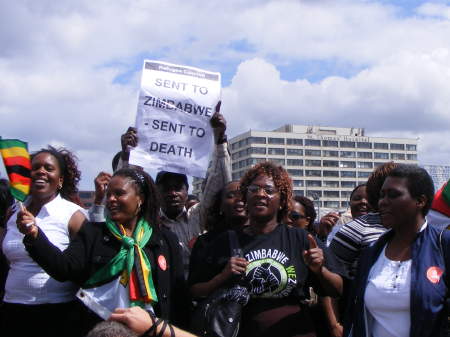 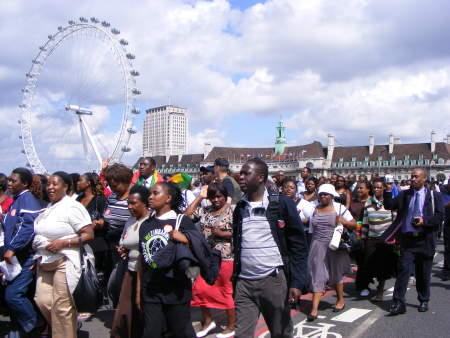 The demonstration, which came over Lambeth Bridge from Westminster and past St Thomas' Hospital before returning to Parliament Square, was staged to protest at the Home Office policy of continuing to order Zimbabwean asylum seekers to return home.

Earlier the Zimbabweans and their British supporters attended a special church service at St Margaret's Westminster.

"This is not a party political venture," said Archbishop of York John Sentamu before the march.

"It is not pro‐MDC or anti‐Zanu PF. Rather it is for the people of Zimbabwe, black and white, being helped by those here in Britain, white and black. We need to remember there is only one race, the human race, and in joining together to restore Zimbabwe, we ease the sufferings of our brothers and sisters."

Vauxhall MP Kate Hoey – who has long worked to draw attention to the situation in Zimbabwe – was due to address the marchers at a rally in Parliament Square.

• Fr Shingarai Kasake, rector of the Ascension, Hillside, Bulawayo, will preach at St John's Waterloo on Sunday 13 July at 10.30am.

• At Southwark Cathedral on Sunday 13 July there will be a Choral Eucharist in Shona and Ndebele attended by bishops from Zimbabwe The service begins at 6.30pm.