Former St Paul's Cathedral canon chancellor Giles Fraser has been licensed as priest-in-charge of St Mary Newington - a parish which includes the Strata tower, the Elephant & Castle Shopping Centre and part of the northern roundabout. 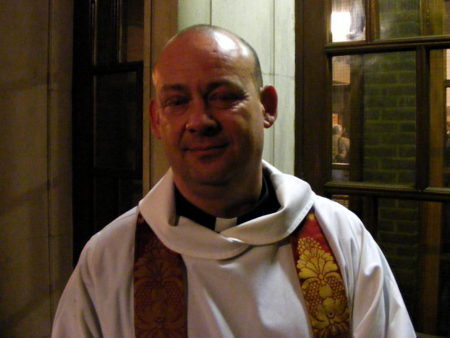 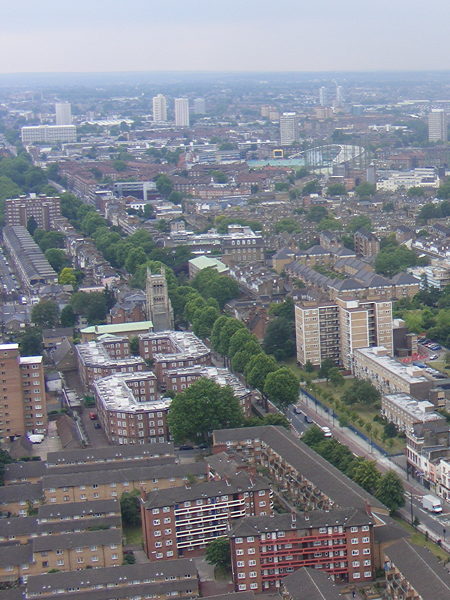 Every seat was taken on Wednesday evening at the church in Kennington Park Road as friends and church members crowded into the building.

Canon Fraser, who left St Paul's Cathedral last year during the controversy over the church's response to the Occupy London camp on its doorstep, said that among those present were people who had helped him during the months since his resignation.

The Bishop, the Rt Revd Christopher Chessun, told the new parish priest and his family that they would soon learn that "all roads in Southwark lead to the Elephant & Castle".

The northern end of the parish includes part of the Elephant & Castle Shopping Centre and the northern roundabout. Until 1876 the church was located in what is now St Mary's Churchyard next to the leisure centre.

Canon Fraser, said the Bishop, was arriving 800 years after Newington's first parish priest was installed in 1212. The present congregation had asked for a priest who would be 'excited by working in a diverse inner-city parish'.

From the pulpit Bishop Christopher quoted Canon Fraser's recent words in The Guardian: "...the Church of England has a local and long-standing presence in every community in this country, and especially in places where other professional and religious organisations find it difficult to establish themselves. Moreover, this presence is not just about looking after a religious club that meets on a Sunday morning, but involves some form of pastoral responsibility for all the people that live in the parish, whether they are Christian or not."

Turning to the Newington parish, the Bishop described the Elephant and surrounding estates as "a place of ongoing rapid change and transformation" where "scandalously I suspect, the gap between rich and poor continues to widen".

Bishop Christopher revealed that his great grandparents were married at St Mary's in 1896. Thomas Chessun was a theatre 'limelight operator' and the Bishop reflected that Giles had experienced being in the limelight and the furnace.

"Using his gifts to throw the limelight on to others in his passion for justice and equality he will be well placed here in Newington."

By custom a new priest only speaks to announce the date of the next service. Canon Fraser said it was the 10am Sunday Mass and that it would be special for him as he had not celebrated the Eucharist "for seven or eight months".

Writing in The Guardian on the day his appointment to Newington was announced, Canon Fraser drew attention to the huge gulf between rich and poor in his new parish, where flats in Strata SE1 are on the market for Ł1.6 million and a new 36-storey tower on the leisure centre site will have no affordable housing provision at all.

He will continue to chronicle life in the parish in a new weekly Saturday column for The Guardian entitled Loose Canon.