The Jerwood Space is marking its tenth birthday on Sunday 21 September by offering tours of the building. 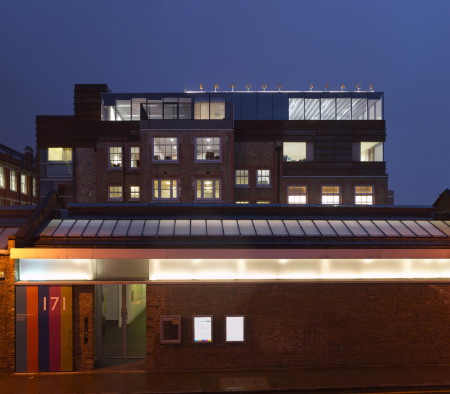 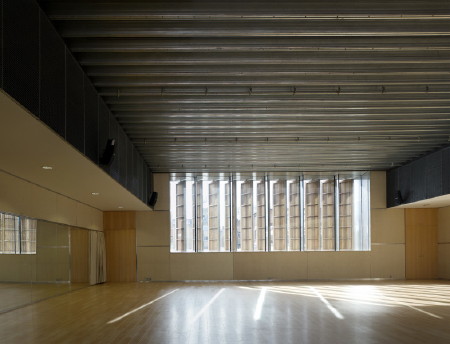 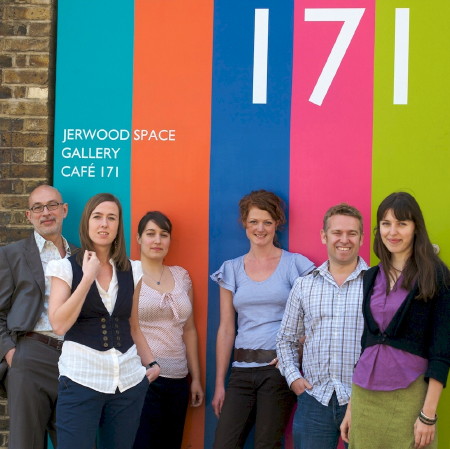 Richard Lee (left) with staff outside the Jerwood Space

On Sunday it will be exactly a decade to the day since Culture Secretary Chris Smith opened the converted school in Union Street. At the time the Bankside power station was still in the early stages of being made into Tate Modern.

Today Jerwood Space director Richard Lee describes his complex as an iceberg. "This is fantastic," visitors tell him when they see the gallery and cafe. However, behind this public space is London's unique rehearsal space used unseen by at least 200 dance and theatre companies each year.

"Shortly after we opened, the Jerwood Foundation, which owns the building, paid back the lottery grant," recalls Richard who on the gala opening night had no idea this was going to happen. The Foundation had a number of other capital projects and felt it inappropriate to receive public money. "At that point we were also receiving revenue support from the Foundation but shortly afterwards we started looking after ourselves."

Ten years on the director is able to say that he receives no grant public or private. "We are entirely self-financing" he reveals.

Richard Lee had the idea for rehearsal space at least fifteen years ago. He noticed that most venues were to be found in church halls or a theatre with a studio. No one had rehearsal as their main concern. The Arts Council said that it was not a priority.

Having touted his concept without success he retreated to other arts work. But just before doing so Richard found a building in Union Street. It was the redundant parcels sorting office which only this year was opened by the Queen as the London Fire Brigade headquarters. "I was so excited that I never noticed the little school next door," he recalls.

The Jerwood Foundation did see the school when coming up with a very similar plan. "It was a great surprise," says Richard who was put in charge. He is delighted with the way the first architects Paxton Locher turned the bike sheds into the main entrance on Union Street. Soon after he turned the playground into a glazed extension to the popular cafe.

Gordon and Sarah Brown held their engagement party at the Jerwood Space and now you can have not only your wedding reception there but also get married in the gallery.

The birthday sees the recent completion of new studios including the restoration of the top floor by architects tlo and Partners. The building has expanded by about a third. Although the full-time staff has expanded by a third it remains small. "We started out with four staff and now we have six," says Richard.

The "tight ship" he refers to allows for 50% of rehearsal bookings to be for commercial theatre with the rest, often new companies of young actors, being subsidised to a level that suits the users' pocket.

"All the things we have done have been good I think for SE1," reflects Richard who sees local businesses and residents' groups coming for their meetings and events. He is inviting the neighbours to a special birthday party along with those who have worked there.

Joseph Fiennes, Jude Law, Jerry Hall, Prunella Scales and David Tennant are among the many who know the Jerwood Space as a workplace. Rod Steiger spent two days there just before his death. The Lion King and The Old Vic's pantomime rehearse there.

The free guided tours on Sunday 21 September are at 11am, 12pm, 1pm, 2pm and 3pm when the public can see professional artists at work in parts of the complex not normally open to the public. The cafe will be serving complimentary tea, coffee and birthday cake.